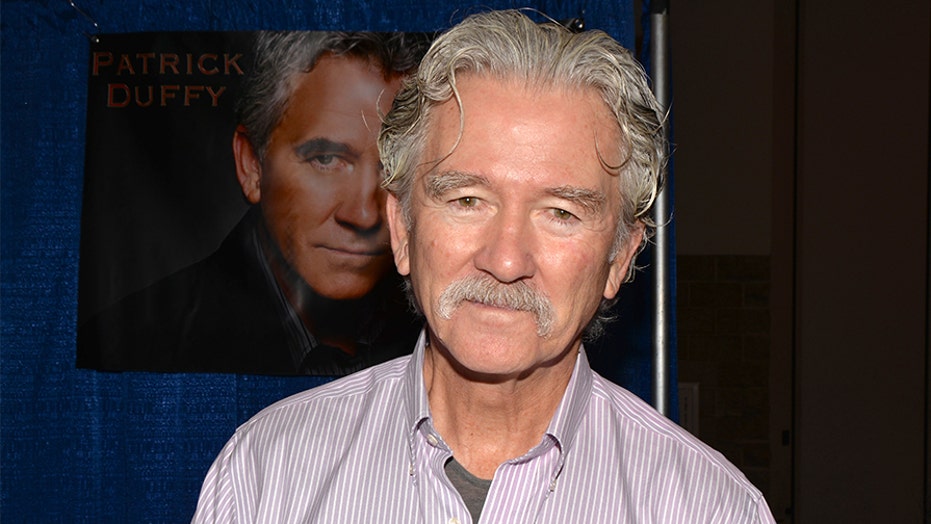 Patrick Duffy says he still feels the presence of his beloved wife.

“I can hear her. I can see her,” the actor told Closer Weekly for the magazine’s latest issue currently on newsstands. “I know what she would expect of me, and I try and live up to that.”

“I feel close to her all the time, [but] what I miss most is her touch,” continued the 70-year-old. “I still consider myself a married man.”

According to the outlet, Duffy instantly knew Rosser was "the one" when he first locked eyes with her.

“I was an immature college graduate touring as a narrator with this dance production, and she was a beautiful ballerina 10 years older,” he recalled. “We met on the tour bus and that was it — for life.”

“It was a surprise when she passed,” said Duffy. “There was no indication. So that was the big adjustment. My boys were there as stalwarts. But I also realized that, as much as they were trying to buttress old dad up, I’m probably more adjusted to this set of circumstances than they are. You reach a certain age and you realize the road ahead is much shorter than the road behind.”

Duffy is aware he must move forward, both for himself and his family. However, he said he will continue to cherish the memories he has of Rosser.

“There are no mistakes in life,” he said. “I can mend every fence I’ve broken and create value out of everything I’ve done if I’m given enough time. I have done it and I still am doing OK. I have worked hard to make the best of life, and it’s been good to me.”

In October of this year, Duffy told Closer Weekly he credited one sci-fi drama for his success over the years.

“If there wasn’t a ‘Man from Atlantis,’ I wouldn’t have been on ‘Dallas,’” Duffy told the outlet. “For starters, the producer of ‘Dallas,’ when he was creating the original show, [he] was filming a different one, right next door to me on ‘Man From Atlantis.’ He requested me to play the part of Bobby; I never auditioned for it.”

“Had he not been there, next door to where I was doing ‘Atlantis,’ that opportunity may never have presented itself to me,” added Duffy. “So ‘Atlantis’ is very important in my career.”

“Man from Atlantis” chronicled the adventures of an amphibious man [Duffy], who was the last survivor of the legendary sunken city. It aired on NBC for one season between 1977 and 1978.

According to the outlet, the show was very similar to the 1961 Robert Heinlein novel “Stranger in a Strange Land,” which tells the story of Valentine Michael Smith, the sole survivor of a Mars colony who is brought to Earth. However, Duffy told the outlet that both stories were completely different.

“’Man from Atlantis’ wasn’t an adaptation,” he stressed. “Basically, it’s a recurring theme throughout most science fiction. ‘Man from Atlantis’ was that and I loved the opportunity to examine things with virginal eyes. In other words, we get so used to saying, ‘This is a plastic cup’ or ‘This is a recording device,’ but if you were from Planet-X, you had no idea what that was. You have to learn everything and that’s what ‘Man from Atlantis' was.”

“It was fun to play a superhero,” Duffy continued. “On top of that, obviously it was before almost all special effects, very little green screen, so everything we had to do was invented at the time. Now I look at the tentpole major features like ‘X-Men’ and all these other things and the special effects are phenomenal. Because we didn’t have that technology, if I was going to fly up somewhere, they had to hoist me up with a crane. It was fun.”

Duffy also shared that the series also came at the right time for audiences.

Cast members of the TV program 'Dallas' attend a party thrown for them by the Worldvision television company at the Century Plaza Hotel, LA, May 1978. From left to right, they are Linda Gray, Steve Kanaly, Charlene Tilton, Larry Hagman, Victoria Principal and Patrick Duffy. (Photo by Richard Harrison/Fotos International/Archive Photos/Getty Images)

“There was the original George Reeves series ['Adventures of Superman'] where he was playing Superman,” Duffy explained. “There was simultaneous to ‘Man from Atlantis’ on the air, ‘The Six Million Dollar Man.’ But we were one of the first to not just be a strong detective or policeman, but someone with actual superpowers and tried to make that on a weekly television show basis. It was obviously difficult, because we only lasted two years, but I think we were pioneers in that sense.

“And there’s a clique of people who will never forget ‘Man from Atlantis.’ Usually, men come up to me and say, ‘I was 8 years old and tried to swim like you in the pool.’ So at an impressionable age, young people saw that show and never forgot it.”