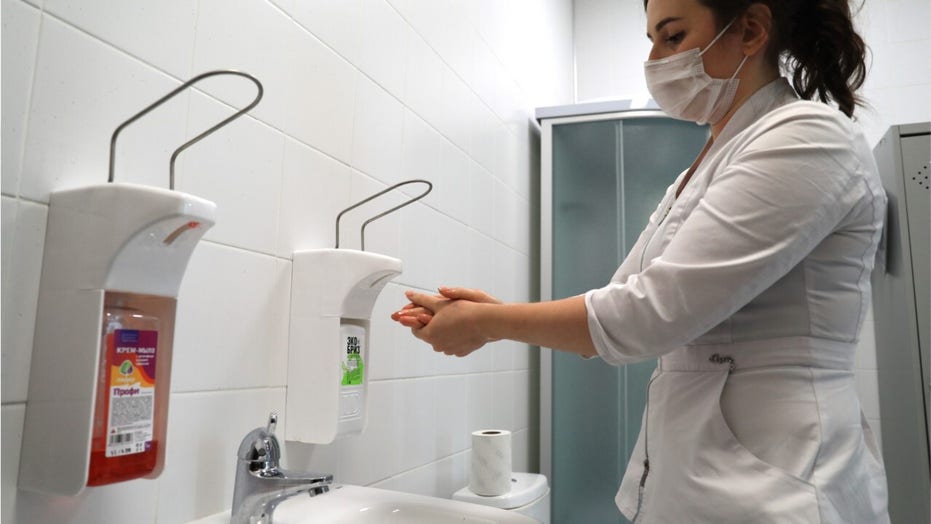 Coronavirus: The best 20-second songs for washing your hands

Find out the best songs to hear while hand washing, including hits by Gloria Gaynor and Bon Jovi.

The novel coronavirus has many of us cooped up in our respective confined spaces while we exercise the suggested practice of social distancing.

However, in addition to separating ourselves from society, the Center for Disease Control and Prevention (CDC) recommends everyone wash their hands for at least 20 seconds or singing “Happy Birthday” twice in order to mitigate the spread of COVID-19 and flatten the curve.

Now, with the new normal upon us, many are finding other catchy tunes to sing while washing their hands during their self-quarantine.

"I Will Survive" by Gloria Gaynor

What better way to survive the spread of coronavirus than having one of the greatest voices in music championing you on with her 1978 hit.

The Grammy-winning songstress recently went viral (no, not that viral) after she shared a video to the social media app TikTok of herself handwashing while singing her record for the #IWillSurvive challenge.

IDRIS ELBA, SOPHIE TRUDEAU POSED FOR A PHOTO TOGETHER DAYS BEFORE CORONAVIRUS DIAGNOSIS

“Kiss From a Rose” by Seal

Originally released in 1994 in the United Kingdom, “Kiss From a Rose” didn’t fair too well across the pond.

However, that all changed in 1996 when the record was featured during the end credits on “Batman Forever” as well as the film’s soundtrack and ended up landing Seal three Grammys awards for song of the year, record of the year and best male pop vocal performance.

Washing your hands to the chorus of “Kiss From a Rose” in the bathroom could provide decent acoustics during this trying time.

“Love Shack” is still one of the go-to records for any ‘80s-themed party and it just so happens that the chorus of the 1989 Grammy-nominated song for best pop performance by a duo or group also works exceptionally well in handwashing karaoke.

“Livin’ On a Prayer” by Bon Jovi

In this Oct. 19, 2016 file photo, members of Bon Jovi from left, Phil X, Tico Torres, Jon Bon Jovi, David Bryan and Hugh McDonald pose for a portrait in New York. The band will was inducted into the Rock and Roll Hall of Fame on April 14, 2018 in Cleveland, Ohio. (Photo by Drew Gurian/Invision/AP, File) (AP)

The incredible aspect of singing the chorus of “Livin’ On a Prayer,” while washing your hands, is that the lyrics themselves tell you when you’re “halfway there” to completing your lather-and-rinse cycle, so all you have to do is move and groove as you scrub.

Despite many people’s beliefs that the younger they are, the less at risk they are of coming down with coronavirus, the chorus to “We Are Young” is great to belt out while remembering to social distance yourselves from your mothers, fathers and grandparents who could have greater risks of contracting COVID-19 due to their increased age.

THE ROLLING STONES POSTPONE TOUR DUE TO CORONAVIRUS PANDEMIC

Sing the chorus of Outkast’s Grammy-winning record “Ms. Jackson” while washing your hands and see where your inner Andre 3000 takes you.

Nominated for three Grammys in 2001 and with its chorus lasting exactly 20 seconds, “Ms. Jackson” could be your go-to song to telling coronavirus that you’re “for real” in stopping its widespread.