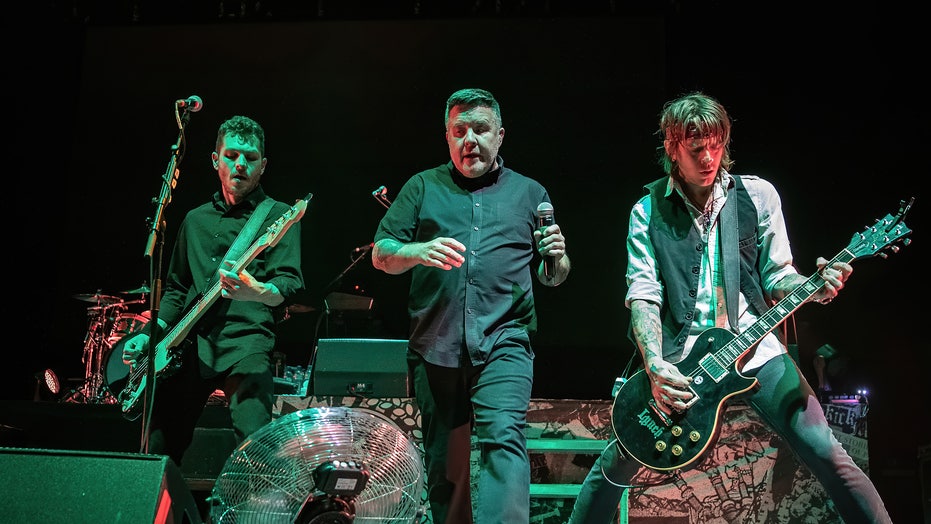 A Celtic rock band in the U.S. is taking to the web on Saint Patrick's Day to keep the spirit of music, and community, alive for its fans during the COVID-19 pandemic "until we meet again."

And they aren't the only ones.

The music industry at large is facing incalculable losses due to shuttered venues and canceled tours big and small.

THE ROLLING STONES POSTPONE TOUR DUE TO CORONAVIRUS PANDEMIC

Concert behemoths AEG and LiveNation have suspended all tours, including major chart-toppers like Billie Eilish. Record labels are asking employees to work from home. Not to mention all of the small promoters, venue employees and others whose incomes are dependant on touring artists.

And all of this is coming after the cancellation of major U.S. concert festivals like South by Southwest (SXSW) and Coachella.

The Dropkick Murphys, a Boston-based Celtic rock band, are now among a growing number of domestic musicians who are getting creative with ways to deliver their craft, their passion and their livelihoods to fans who -- like them -- are likely now stuck at home for the foreseeable future.

From Celtic punk rockers to Neil Young, as well as a couple of cute kids playing the cello for a neighbor, here are some ways that music itself is surviving as the live music industry reels and perseveres through this historic setback. Stocking up on some new albums and merchandise wouldn't hurt, either.

"Streaming Up From Boston"

For the first time in nearly a quarter-century, Dropkick Murphy's -- the group behind the eponymous tune "Shipping Up To Boston" featured in Martin Scorsese's film "The Departed" -- will not be playing a live concert on Saint Patrick's Day.

However, "THE SHOW MUST GO ON," the band declared on Twitter on Monday, revealing that they would be live-streaming a show to devotees around the world at 7 p.m. ET so as not to miss the occasion

Lynyrd Skynyrd might not "need him around," but Neil Young is coming to the rescue of home-bound country fans amid the COVID-19 outbreak.

"Because we are all at home and not venturing out, we will try to do a stream from my fireplace with my lovely wife filming," Young wrote in a note to fans on his website.

"It will be a down-home production, a few songs, a little time together,” he added.

Keep an eye on social media for an official announcement, he said, but don't look for him on Facebook.

Based on its popular radio show, "Live From Here," NPR is announcing a new series called "Live From Home," which will allow artists to perform virtually for fans by uploading videos of themselves to the web.

The first installment comes from mandolin virtuoso Chris Thile, and don't forget to check out NPR's deep catalog of "Tiny Desk" concerts while you're at it.

A group of Nashvillians, apparently comprised of a motley crew of musicians, publicists and medical sales professionals, have put together what they are calling the "Virtual Festival" on Facebook.

KATHARINE MCPHEE, DAVID FOSTER TO ENTERTAIN PEOPLE STUCK INSIDE DUE TO CORONAVIRUS WITH DAILY INSTAGRAM CONCERTS

In addition to live streams from a variety of beleaguered local artists, the group hopes to help musicians, and those who support them, by "using technology to gain exposure and provide opportunities for fans to support via Venmo and PayPal."

Crooner John Legend has announced he will be going live from his home Tuesday with some tunes at 4 p.m. ET, having been inspired by a similar in-home performance on March 16 by Coldplay's Chris Martin.

"We'll try to get through this together," he wrote on Twitter.

Beginning at 7:30 p.m. ET, the Met will be offering up encores of past performances from its archive of HD recordings. In a press release, Met General Manager Peter Gelb said the hope is “to provide some grand opera solace to opera lovers in these extraordinarily difficult times."

For fans of similarly classical fare, you can also check out the Berlin Philharmonic video archive, which has temporarily been opened to the public.

It isn't just big-name artists keeping the spirit of music alive during the pandemic and taking their talents to fans by any means possible.

A heartwarming video out of Columbus, Ohio, shows how two young cellists serenaded a voluntarily self-quarantined neighbor who enjoys music -- live on her doorstep.

Impromptu amateur performances are already helping fill the void for music fans overseas, like in one Italian town where quarantined residents sang to one another, and together, from their apartment windows.

A Popular Science article explains how "13,000 fans moshed at home as a metal band streamed from an empty venue."

A sold-out record release show for the group Code Orange was transformed into a streaming, multi-camera live concert experience available for free on the website Twitch thanks to a last-minute group effort, and clearly drew enough eyeballs to fill one of the countless live music venues that have been closed around the world.