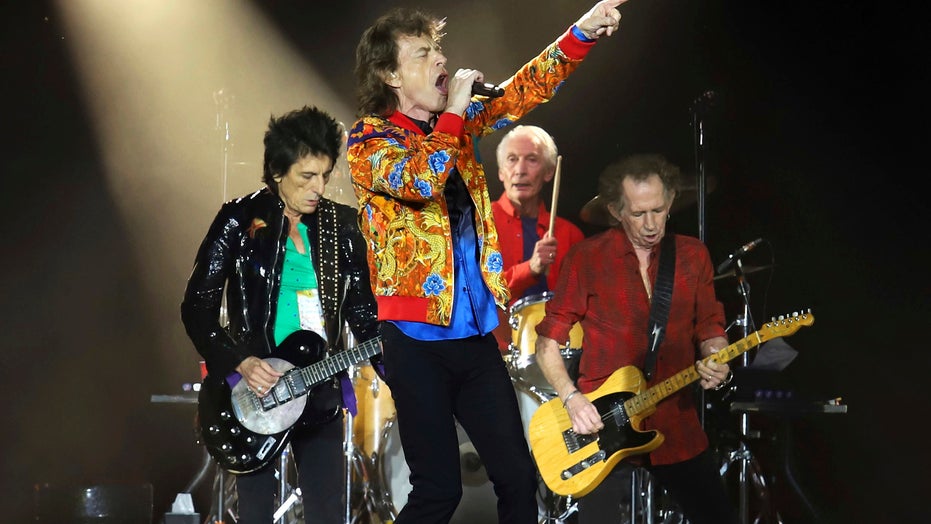 The Rolling Stones are postponing the No Filter Tour because of the coronavirus pandemic, tour promoter AEG said on Tuesday.

The tour, which was originally expected to kick off in San Diego, Calif., on May 8, was set to stop in 15 cities.

“We’re hugely disappointed to have to postpone the tour. We are sorry to all the fans who were looking forward to it as much as we were, but the health and safety of everyone has to take priority. We will all get through this together -- and we’ll see you very soon," the Stones said in a statement.

AEG is advising concertgoers to hold on to their original tickets and wait for more information.

The Stones' tour through North America last year was postponed after Mick Jagger had heart surgery, but the band rescheduled those dates and returned triumphantly to the road with a show in Chicago.

Another of the rescheduled shows featured the announcement that NASA had named a tiny tumbling stone spotted on the Martian surface after the band.

FILE - In this Aug. 5, 2019 file photo, Ronnie Wood, from left, Mick Jagger, Charlie Watts and Keith Richards of The Rolling Stones perform in East Rutherford, N.J. The Rolling Stones are postponing its 15-city North American tour because of the coronavirus. The band announced Tuesday that it's No Filter Tour, originally expected to kick off in San Diego on May 8, will no longer take place.  (Greg Allen/Invision/AP, File)

The vast majority of people recover from the new virus, but for some, it can cause more severe illness, including pneumonia. Events, festivals and concerts across the country have been canceled to try and prevent the virus' spread.

The Stones' postponed shows are:

Austin, Circuit of The Americas [May 24]