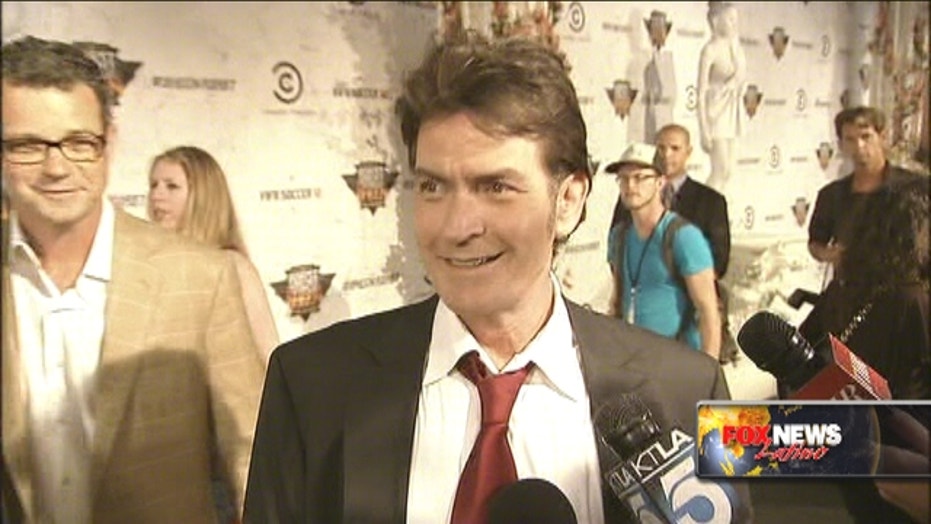 Charlie Sheen confirmed widespread rumors that he is HIV positive.

The “Two and a Half Men” actor said Tuesday morning on the "Today" show with Matt Lauer that he decided to speak out in order to “stop this barrage of attacks and sub-truths and very harmful and mercurial stories” that are being about him. Principally, allegations that he has knowingly had unprotected sex since receiving his diagnosis.

“[It] couldn’t be farther from the truth,” Sheen said.

The 50-year-old actor said he was diagnosed roughly four years ago after experiencing headaches and excessive sweating. He said he is not entirely sure how he contracted the virus.

“It’s a hard three letters to absorb,” he said. “It’s a turning point in one’s life.”

Sheen, who rose to become one of Hollywood’s best-known actors in the 1980s with "Platoon" and "Wall Street" and had a very public meltdown in 2011, confirmed reports that he was paying a number of people upwards of $10 million to keep the news under wraps.

“What people forget is that its money taken from my children,” he said. “I trusted them, and they were deep in my inner circle, and I thought they could be helpful. [Instead] my trust turned to their treason.”

He said he hopes the “shakedowns” would end with his appearance on the NBC morning show.

“That’s my goal. That’s not my only goal. I think I release myself from this prison,” he said, asked if he would still be paying people off.

TMZ and other outlets reported Monday that Sheen was HIV positive. The reports followed blind items about an unnamed Hollywood actor that had been diagnosed with the virus that can lead to AIDS.

He said the recent headlines that hurt him the most are those alleging that he was “intentionally spreading” the virus to other people.

In his interview, Sheen insisted that it was “impossible” that he knowingly transmitted the virus to others. While he admitted to having had unprotected sex with two people since his diagnosis, he said both were informed ahead of time and have been under the care of his doctor.

Sheen said that soon after his diagnosis, he told his ex-wife Brooke Mueller – the couple were divorced in 2011, among the causes that led to his meltdown – to get tested. It was only a couple of days ago that he revealed his HIV status to his daughter Cassandra.

“It hit her hard, but she is tough like her dad,” he added.

Sheen was previously married to the actress Denise Richards, with whom he has two children.

In a statement to media on Tuesday, Mueller confirmed that she and their 6-year-old twins Bob and Max do not have the virus.

"Brooke has been inundated with calls from friends and family," her spokesperson Steve Honig said in the statement. "To put their minds at ease, Brooke can confirm that she and the boys are not HIV positive."

Sheen said he will not be the “poster-man” for the virus, but he hopes that going public with the diagnosis, it will help dispel the stigma of HIV.

"I have a responsibility now to better myself and to help a lot of other people, and hopefully with what we're doing today others will come forward and say, thanks Charlie," he said.