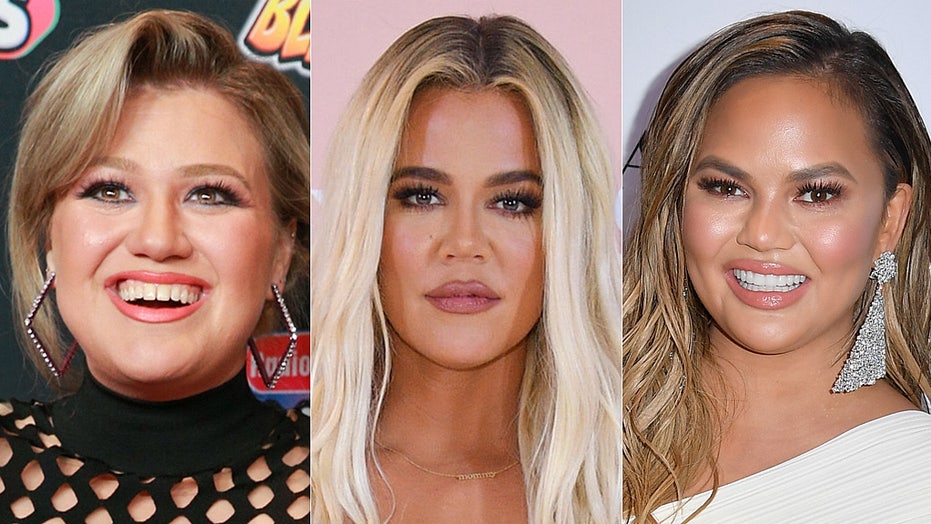 Kelly Clarkson, Khloe Kardashian, and Chrissy Teigen were among the celebrity residents of Los Angeles, Calif. who were woken up in the early hours on Thursday because of an earthquake.

The earthquake began at 4:30 am PST and registered at a 4.2 magnitude, according to the U.S. Geological Survey. A smaller 3.3 magnitude earthquake followed shortly after.

“Oh man!! Wow that felt much bigger than a 4.5 #earthquake,” Kardashian, 36, tweeted based on an earlier estimate of the magnitude. “So scary! Sneakers and my flashlight by my bed.”

Clarkson, 38, however, was just relieved that her two children weren’t scared.

“My children are in my arms and we are awake too early because of that earthquake but now they’re discussing how their ninja skills would totally help in this time,” she tweeted. “I’m just happy they’re more interested and curious about it and less scared. Hallelujah!”

The “Stronger” singer tweeted a GIF joking about how her children kept wanting to chat with her rather than go back to sleep.

Many L.A. residents were confused by the entire thing.

“Happy to know that was an earthquake cuz just I woke up confused af,” Tinashe tweeted.

Iggy Azalea similarly said, “Wellllll either there was an earthquake or a ghost just shook tf outta me while I was sleeping.”

Noah Cyrus wrote, “Yoooo that was craaaazy. how big was the earthquake just now in la.”

“Who else felt that earthquake?” Lil Nas X asked.

Tyra Banks chimed in and said, “Whoa! I felt that earthquake, too! Woke me up.”

Other celebrities made jokes about the earthquake occurring after an already gloomy year due to the coronavirus pandemic, California wildfires and other issues plaguing 2020.

“That literally just scared me. My entire house was shaking and my dogs were howling before and while it was happening. I’m awake now!” Karamo Brown said. “2020 enough is enough!  #earthquake.”

“What chapter of revelations are we in now? #earthquake,” “Bachelorette” alum Wells Adams joked.

“Just realized my ‘earthquake kit’ is a bag of Doritos and one snow boot,” Patton Oswalt said.

Singer JoJo took a stab at the U.S. government’s efforts to control the coronavirus pandemic.

“My preparedness for an earthquake is the same as the US government for COVID-19. None,” she tweeted.

Billy Eichner, however, enjoyed the natural disaster. “Felt the earthquake and...I liked it!” he declared.