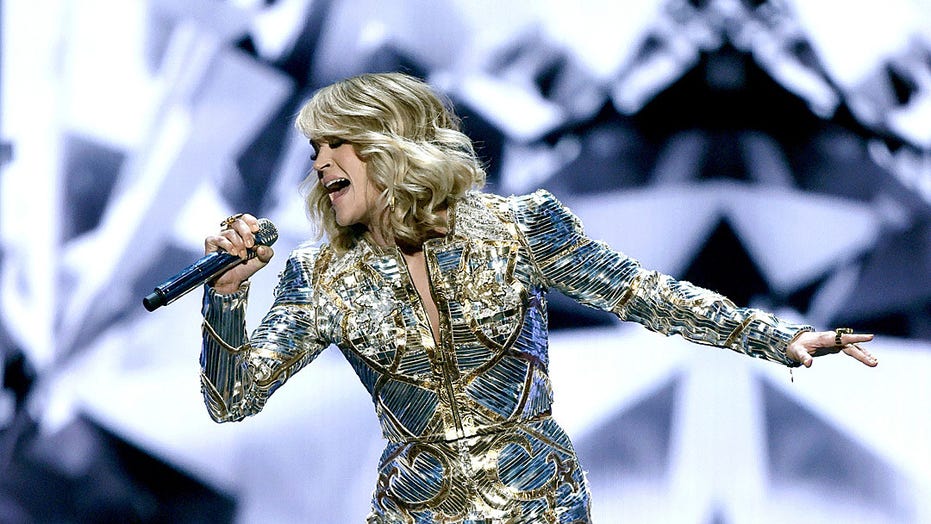 Women in country music have an unbreakable bond, according to country icon Carrie Underwood.

On the Monday episode of "The Ty Bentli Show," Underwood, 36, was overcome with emotion after hearing how kindly her friend Miranda Lambert praised her for her work in the industry.

This year, Underwood is one of five nominees for entertainer of the year and is the only female performer in the category.

"To me, entertainer of the year is who’s represented the genre in every way the best for that year. It was just kinda haunting me, I really felt compelled to say something,” Lambert said. “Watching Carrie host the CMAs pregnant, and also do the [Sunday] Night Football campaign, and also have a brand, and also work with charity, and be a wife, and be a mother, and then host with two legendary country artists … I just know how much work that is," Lambert, 36, said.

"She works harder than I do, and I work hard. And I just felt like, as a whole, with her tour and everything she encompasses and what she’s represented for country music, she deserves it. She just does," continued the "It All Comes Out in the Wash" singer.

She went on to explain that her nomination means more than recognition for just her work as an entertainer.

“First — I’m kinda emotional,” Underwood said. “I mean, it’s a nomination for all of us, and it would definitely be, you know, not just a win for all of the things that we’ve been doing, all that stuff that she mentioned that I’m so lucky and blessed enough to do, but I mean you know you watch other women in this industry do the same thing.”

Carrie Underwood receives CMT Artist of the Year award during a remote performance at Rocket Mortgage Fieldhouse on October 16, 2019 in Cleveland, Ohio.

Underwood went on to speak about the bond women in country music share, that she says was built on a shared understanding of the setbacks they face as female artists in the country music industry.

Underwood, who’s nominated for entertainer of the year along with Garth Brooks, Eric Church, Chris Stapleton and Keith Urban, believes that more opportunities need to be given to women in order for them to truly shine in the business.

"We have so much talent, we just need some more open doors,” she said. “And I don’t ever want any woman to feel like they can’t do everything, you know — [that] they can’t have this life and have a family and have all the things going on together and do what they do," she said.

"We lift each other up, we support each other," she said in relation to the current state of women in the world of country music. The female artists are "all in it together."

"If there’s one incredible thing that’s happened from all of this talk of ‘women in country music,’ it’s the fact that I feel like we’ve all banded together, and we all understand," the "Cowboy Casanova" star said. "We’re the only ones that can understand because we’re women in this business and they don’t know what it’s like to be us."

Carrie Underwood, left, and Chrissy Metz perform "I'm Standing with You" at the 54th annual Academy of Country Music Awards at the MGM Grand Garden Arena on Sunday, April 7, 2019, in Las Vegas. (AP)

In the past two years, no women have been up for the category of entertainer of the year. The last woman to win the title was Taylor Swift in 2011.

Underwood will be co-hosting the Country Music Association Awards this Wednesday, joined by Reba McEntire and Dolly Parton.