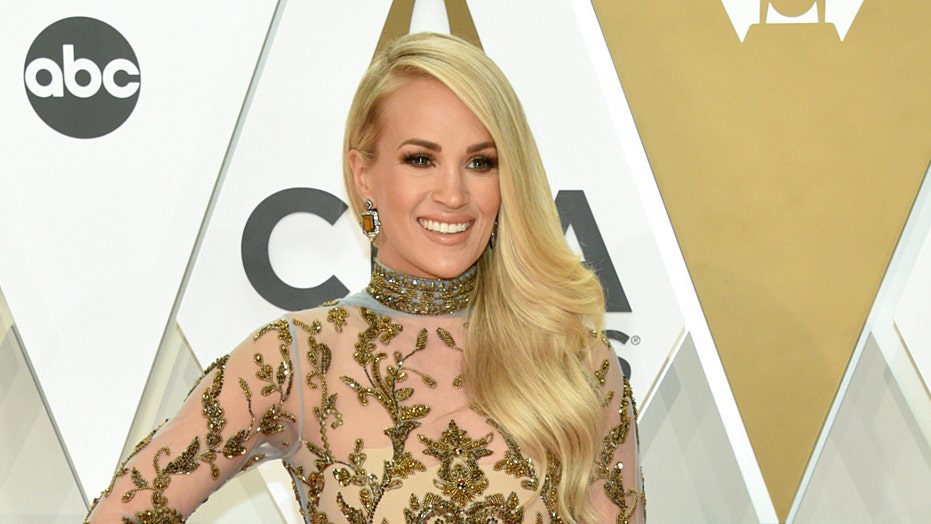 Carrie Underwood welcomed her second child, a son named Jacob, last January and recently revealed she was surprised it took a while to feel like herself again.

The country music superstar took time off to care for her newborn and is now back performing on stage but admitted she felt societal pressure to "bounce back" as she did with her first son, Isaiah, who's now four.

“After having my first kid, I felt like I bounced back fast. And then with Jake, it was like my body took a minute to get back to me. It was frustrating, because I’m like, ‘Why wasn’t it like the first time?’" she told People magazine while promoting her activewear line CALIA.

“But I’m four years older. That also helped me shift my mindset — I’m still working hard, wanting to be the best me possible, but cutting myself slack and just thinking, ‘Be kind to yourself.’ It’s amazing what we [women] do to ourselves. We’re probably all our toughest critics," Underwood added.

The Grammy winner said she's been getting back into her routine slowly with working out and eating well but has really concentrated on her mental health. Underwood, in fact, doesn't use the phrase "cheat days" to describe her eating.

“I don’t like to call them ‘cheat days’ — you’re just enjoying life,” she explained. “I feel like holiday time can be stressful when it comes to health and fitness, but it doesn’t have to be. You can just say, ‘I’m going to enjoy myself on the holidays.’“

“It’s all about friends and family and food and parties, and indulging responsibly,” Underwood added. “And when New Year’s is over, get back on the horse. It’s like, ‘Okay, I’ve had my holiday fun. Now it’s time to get back on my path.’ “

“There’s a lot of travel, but that’s kind of our tradition because we don’t have any family that actually lives near us, so it’s just go, go, go,” she said.