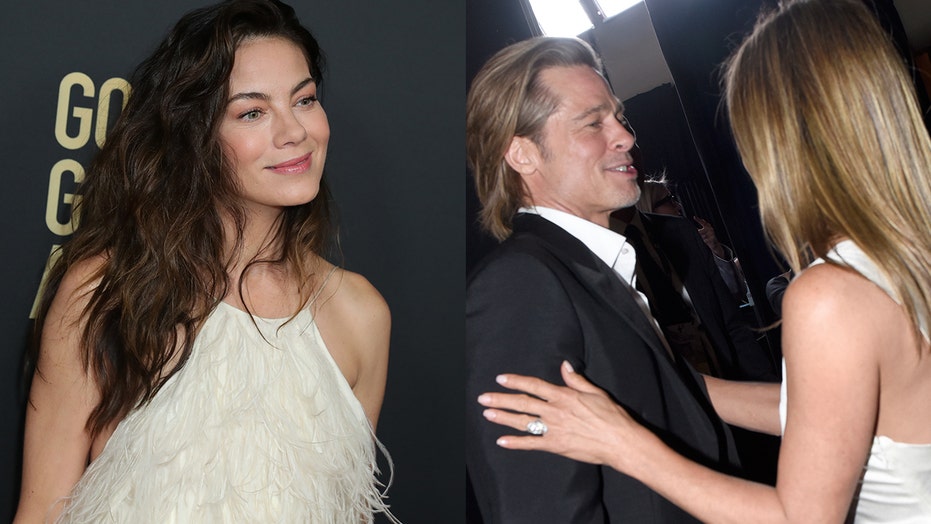 Actress Michelle Monaghan issued a light-hearted warning to Brad Pitt on Instagram after the actor stirred up reconciliation rumors with Jennifer Aniston at the 2020 SAG Awards.

On Monday, shortly after the former husband and wife’s headline-making reunion backstage at the award show following their respective wins, the “Messiah” actress took to Twitter to comment on the news and warn Pitt not to go breaking hearts this time around.

JENNIFER ANISTON'S DATING HISTORY: THE HIGH-PROFILE CELEBRITIES THE STAR HAS BEEN ROMANTICALLY LINKED TO

“This is my 'Do not break our hearts again, Brad' face," Monaghan captioned a photo of herself on Twitter.

Although Monaghan doesn’t want Pitt to make similar choices to the ones he made in 2005, as Entertainment Tonight notes, some were quick to mention that the actress was in a position to somehow thwart Pitt and Jolie’s budding on-set romance. Fans may remember Monaghan played Gwen, one of the women who lent tactical support to Jolie’s assassin character in “Mr. & Mrs. Smith.”

Pitt and Aniston have sparked reconciliation rumors since admitting that they’re still good friends and hang out sometimes. The 56-year-old actor even attended her 50th birthday celebration as well as her star-studded holiday party in 2019.