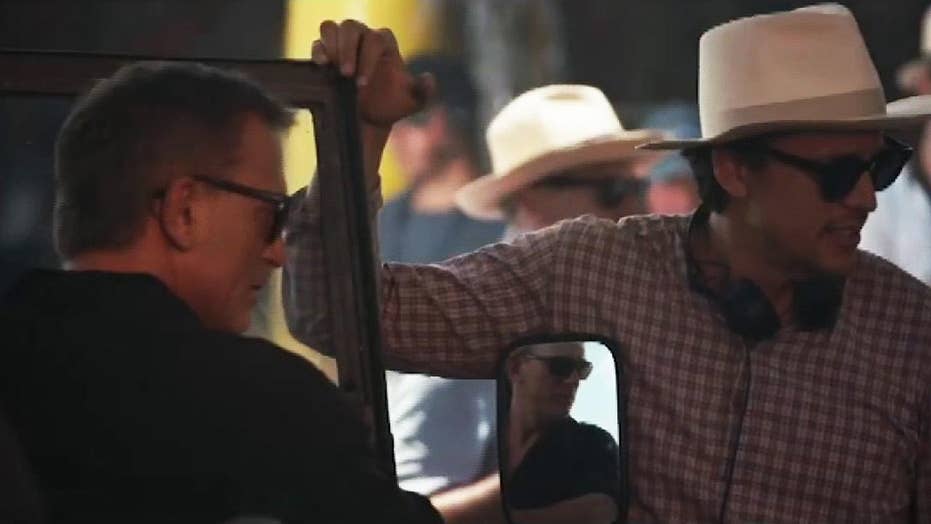 Hollywood Nation: The 25th James Bond film title is revealed: 'No Time to Die'; Keri Russell stars as a small-town teacher who learns one of her students has a frightening secret in producer Guillermo del Toro's 'Antlers.'

The title and release date of the next “James Bond” film starring Daniel Craig are no longer being guarded like a state secret.

According to a tweet on the legendary franchise’s official social media page, Craig will reprise his role as 007 in the latest film, titled “No Time To Die.” In addition, the tweet announced the premiere date for the action movie.

Along with the announcement came a video teaser showing Craig's Bond dressed in his signature tuxedo walking from one side of the frame to the other before looking directly at the camera. The view pans out revealing the title before fading into the April 2020 release date.

Not much is known about the plot at this time. It was previously revealed that "Bohemian Rhapsody" star Rami Malek will play the villain in an as-yet-unspecified role. The actor, who was cast as the villain in the upcoming 'James Bond' film in April, told the BBC he accepted the "terrorist" role only after he was assured it would not be driven by religion.

"I said, 'We cannot identify him with any act of terrorism reflecting an ideology or religion,'" he said. "That's not something I would entertain, so if that is why I am your choice then you can count me out."

Also in the cast, according to Variety, is Christoph Waltz, reprising his role as former Bond antagonist Ernst Blofeld, who originally appeared in the 2015 film "Spectre."

"Bond 25," as it was previously referred to, has been plagued with reports of filming issues, including delays due to Craig's ankle injury, Malek's conflicting schedule, on-set explosions and Grace Jones allegedly walking off the set after disappointment in the size of her cameo role.

Malek denied reports that he and Craig were unable to film scenes together, while director Cary Fukunaga denied his video game habits delayed production.

[SPOILER ALERT: The remainder of this article may contain spoilers for "No Time to Die."]

The franchise also turned heads in July when it was revealed that the upcoming film may pass the 007 torch from Craig to another person.

Reports claim that the next Agent 007 will be played by British actress Lashana Lynch.

The Daily Mail reports that screenwriter Phoebe Waller-Bridge intervened to pass the torch on to the star.

"There is a pivotal scene at the start of the film where M says 'Come in 007,' and in walks Lashana who is black, beautiful and a woman," a Bond insider claimed. "It's a popcorn-dropping moment. Bond is still Bond, but he's been replaced as 007 by this stunning woman."

However, there are no official plot details for "No Time To Die" as of yet.