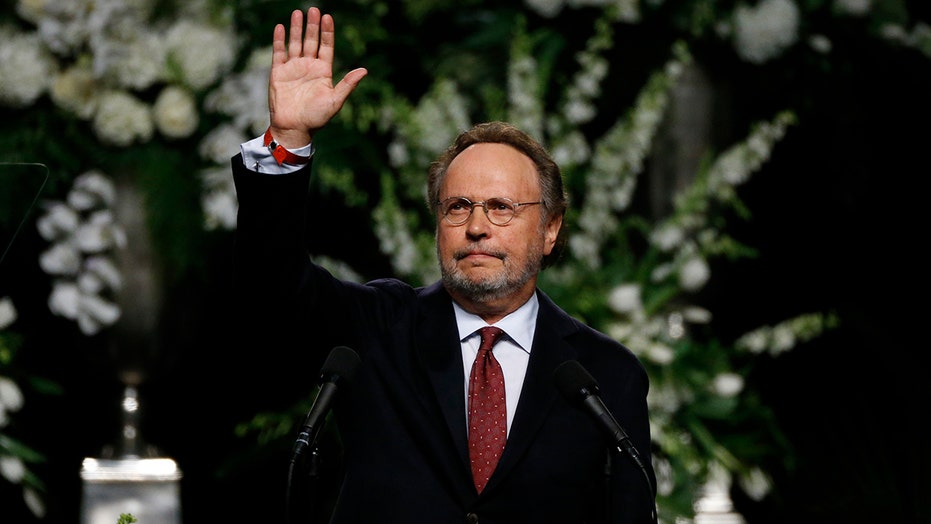 Billy Crystal does not agree with the decision to hold a hostless Oscars again this year.

The actor, who has hosted the awards show nine times, spoke up about ABC Entertainment's decision to forego the longstanding tradition while appearing on Jimmy Kimmel on Thursday.

He compared the host-less awards ceremony to a "trial without witnesses."

OSCARS: DO STARS GET PAID FOR WINNING?

"Moves faster, but not quite the result that you want," Crystal told Kimmel, according to Yahoo.

The only person to host the Oscars more times than Crystal is Bob Hope, who assumed the stage as emcee for the film industry's biggest night 19 times. The "When Harry Met Sally" actor revealed why he enjoyed the hosting gig over the years and what Sunday's show may miss.

"I always loved being out there," Crystal said, according to Yahoo. "I loved the, I guess, the trust, you know, that the movie academy had in me to get out there, and I felt like it was a great honor to do it. And I think that when you have a show that's as long as it is, things are going to happen."

2020 will mark the second year in a row the Oscars will not have a host. (Mirek Towski/DMI/The LIFE Picture Collection via Getty Images)

"And I think the problem with the no-host thing, perhaps, is that there's not somebody out there to capitalize on that moment, like you do when the wrong best picture was nominated," he added.

Crystal hinted that there should be the "right people out there" as a contingency plan in case something goes awry. But Kimmel didn't voice the same sentiment.

"I hope they don't," the late-night talk show host said. "I hope it's a disaster. We have to stick together, you know what I mean? These jobs are very few."

2019 marked the first year in decades that Hollywood's biggest night had no official presenter. Two months prior to the announcement, actor and comedian Kevin Hart was announced as the host of the 91st Academy Awards but he ultimately stepped down after homophobic tweets and comments he made in the past surfaced online.

The 92nd Academy Awards will be held on Sunday at 8 p.m. ET at the Dolby Theatre in Los Angeles.