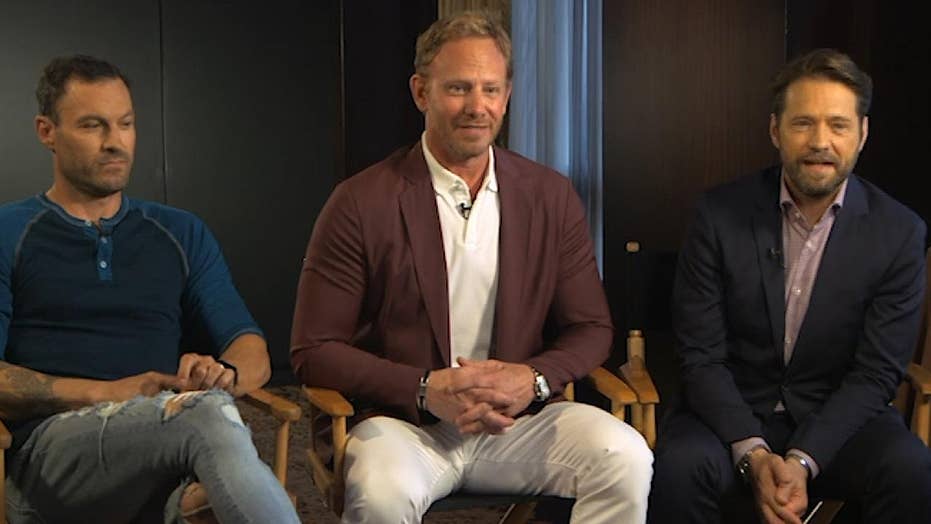 BEVERLY HILLS – Shannen Doherty is set to star in "BH90210," but the 48-year-old actress wasn't always keen on reprising her role as Brenda Walsh for the reboot.

"I definitely wasn't going to do it," Doherty admitted during the Fox portion of the Television Critics Association summer press tour on Wednesday.

"It was nothing against the show," she continued. "I knew that the show would get sold and do well and live on without me, but they didn't need me, so it just wasn't at that moment what I wanted to be doing."

However, when Luke Perry died earlier this year, it changed everything for Doherty. The late actor played her love interest, Dylan, in the original "Beverly Hills, 90210."

"When Luke passed away, things drastically changed for me," Doherty explained. "And I felt like it was a great opportunity to sort of honor him. And then I really liked to be in that position because now I get to sit up here with a lot of people that you know, I respect and I love."

She continued: "And we have been on this amazing journey together where we also try to really sort of heal through losing somebody who means the world all of us."

For both the cast and producers, paying tribute to Perry was incredibly important.

"A lot of thought went into it," executive producer Chris Alberghini noted. "We knew we had to acknowledge and pay tribute to him.

"Obviously, it was a very painful loss for the cast and everyone who knew him, and we wanted to do it in as respectful a way as possible," he added. "It was something that we discussed a great deal with everyone in the cast and trial and error.

"There were a few things that we tried that didn't work and then we found a way that we all felt comfortable with and we felt honored him appropriately."