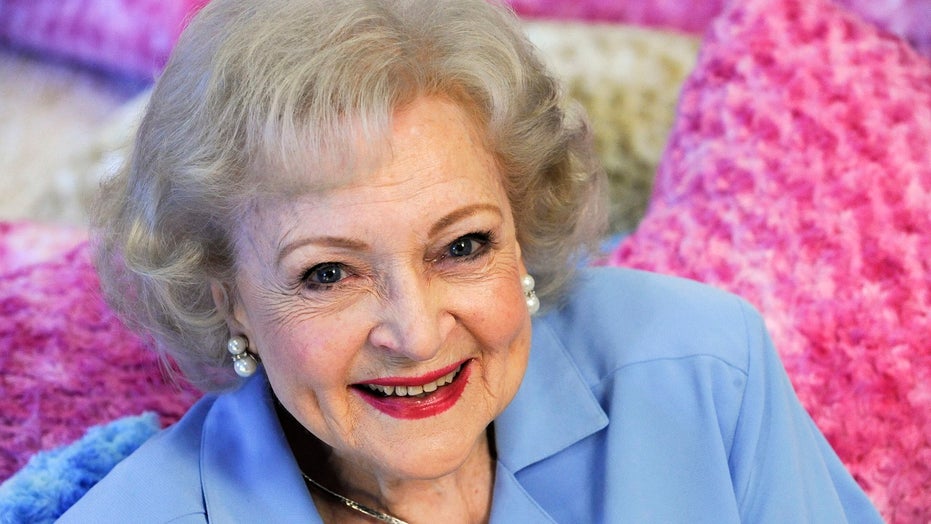 At age 98, life is golden for Betty White.

The actress told Closer Weekly for their latest issue that she’s in good spirits amid the coronavirus pandemic.

“She reads the L.A. Times cover to cover,” he shared. “She owns literally thousands of crossword puzzle books and is constantly doing them to keep her mind jumping. This is really serious with her.”

“She’s tried Zooming her Scrabble game with her friends, but it’s not quite the same,” a close friend added.

According to the insider, White likes to enjoy simple things at home, such as “hot dogs and French fries” as well as a “sip on a vodka martini.” She also doesn’t mind whipping “up a grilled cheese sandwich” with “a nice can of tomato soup.”

“Betty loves to joke that vodka keeps her young,” said the friend. “She loves the image of her sitting at home in a rocking chair, drinking a martini and watching game shows, but she’s not really a big drinker. That’s not her. She’ll only take a few sips of a cocktail if the occasion calls for it.”

The pal also revealed that the COVID-19 crisis has caused the star to view life in a completely different way.

“Betty’s message to the world is to slow down and enjoy what you have: family, friends, your pets,” said the source. “She said that the pandemic is serious, but we have come through worse. It’s Mother Nature’s way of telling us all to slow down.”

Back in March, TMZ reported the beloved actress was safely social distancing at her palatial Los Angeles residence. She was limiting her physical interactions and heeding the advice of worldwide officials who confirmed the novel illness impacts the elderly community.

What’s more is that any of the day-to-day duties, such as grocery shopping, running essential errands and other tasks are being carried out for the “Golden Girl” so she never has to leave her estate, according to TMZ.

Additionally, the Hollywood staple is reportedly taking the time to kick her feet up and relax through the quarantine period.

White is continuing her reign as showbiz’s indestructible queen and has maintained in recent years as she’s aged well into her 90s that she’ll “be in the saddle forever.”

A rep for White told the “Today” show on March 12, “Betty is fine,” after celebrities Tom Hanks and wife Rita Wilson revealed they had tested positive for the virus.

KATHARINE HEPBURN ENJOYED HER SECLUSION AWAY FROM HOLLYWOOD, CHILDHOOD PAL SAYS: ‘SHE WAS JUST ONE OF US’

"Someone get Betty White into her own quarantine... we can’t lose her #CoronaOutbreak," one person wrote on Twitter at the time, echoing the emotions and sentiments of many who voiced the same.

In 2018, White told Parade magazine that the secret to longevity is to “enjoy life.”

“Accentuate the positive, not the negative. It sounds so trite, but a lot of people will pick out something to complain about, rather than say, ‘Hey, that was great!’ It’s not hard to find great stuff if you look.”

White also spoke about her love for vodka and hot dogs, “probably in that order.”

White confessed, “I know it sounds corny, but I try to see the funny side and the upside, not the downside. I get bored with people who complain about this or that. It’s such a waste of time.”

Betty White was introduced by Kate McKinnon and Alec Baldwin for a special honor at the 2018 Emmys. (Getty Images)

The sitcom star who has six Emmys under her belt isn't retiring.

“I just love to work, so I’ll keep working until they stop asking,” she revealed.