Amanda Knox is crying foul on the jump to speculate that “Tiger King” star Carole Baskin allegedly played a role in the disappearance of her husband Don Lewis.

Knox -- who between 2007 and 2015 spent nearly four years behind bars in an Italian prison and eight years on trial for the grisly murder and sexual assault of her British roommate Meredith Kercher only to be eventually acquitted -- weighed in on the case involving Lewis, which has since resurfaced following the wild success of the Netflix docuseries.

Knox said the viral program showed “insufficient evidence” that Baskin had a role in the disappearance of her husband as alleged in the documentary, which has since set off speculation on the Internet that she allegedly murdered him. An allegation that was made by "Tiger King" star Joe Exotic in the series, as well.

'TIGER KING' EMPLOYEE SPEAKS OUT: 'MONSTER IS A RELATIVE TERM. AND JOE FITS THE BILL'

“I wouldn't fault you for thinking any of these things,” Knox wrote of Baskin detractors in an op-ed for Crime Story, titled, “Amanda Knox on Tiger King: The Rush to Judgement of Carole Baskin.”

“I came away from the docuseries feeling the same way about these people,” she continued. “It certainly seems that Carole Baskin had a hand in her husband’s disappearance. The police reports, that altered power of attorney, the way she laughs… How could she not be guilty?”

Knox maintained that the uptick in viral videos and songs parodying Baskin placated those who believe Baskin to be guilty and sent the narrative spiraling out of control that she fed Lewis to her tigers.

“Can't convince me that it didn't happen. Fed him to tigers, they snacking. What's happening.”

Knox, now 32, questioned the intentions of the filmmakers and whether or not they were honest with their interview subjects about the film and story progression, seeing as it was shot over the course of five years.

“I commend the filmmakers for how they were able to show the complex humanity behind the self-styled cartoonish personality of Joe Exotic,” she wrote. “That takes empathy, and skillful storytelling. But they didn't extend that treatment to Carole Baskin.”

Knox pointed to an interview Baskin did with The Wrap last month in which Baskin alleged that documentarians Eric Goode and Rebecca Chiklin led her do believe the film was more in the vein of “the big cat version of ‘Blackfish,’” a documentary that shed light on alleged abuse taking place at SeaWorld.

Knox wrote that she couldn’t imagine any of the players in the film feeling happy with their portrayal -- especially Baskin, who was painted “as the villain among villains,” a position Knox deemed “a shame.”

“It shows our collective obsession of the moment for what it is: a massively popular doc-series has put a group of human beings into the crosshairs of intense public scrutiny and judgment, and it’s done so without giving them the full benefit of the doubt, innocent until proven guilty,” Knox said. “It goads us all into attacking the strawman version of Carole Baskin. I find that not only unsatisfying, but unfair.”

While Knox established that she doesn’t know if Baskin actually killed Lewis, she is certain that there is “insufficient evidence for me to write off another human being (not a character) as a killer.”

The journalist pressed law enforcement to “investigate further” and to “let Carole Baskin have her day in court, if the evidence warrants a trial.”

“But let’s be careful with the impulse to think that we know all the facts and are qualified to pass down judgment because we sat in our pajamas, day-drinking and tweeting during quarantine, while we binged a docuseries on Netflix,” Knox added, concluding with her own updated lyrics to the viral TikTok melody. 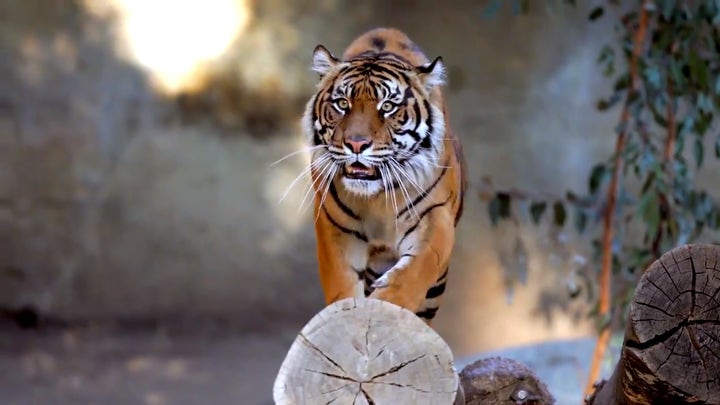 The seven-part docuseries for the streaming giant follows Joe Exotic, whose real name is Joseph Maldonado-Passage, in his exploits as a zookeeper, country musician, aspiring politician and arch-rival of fellow big cat enthusiast Baskin.