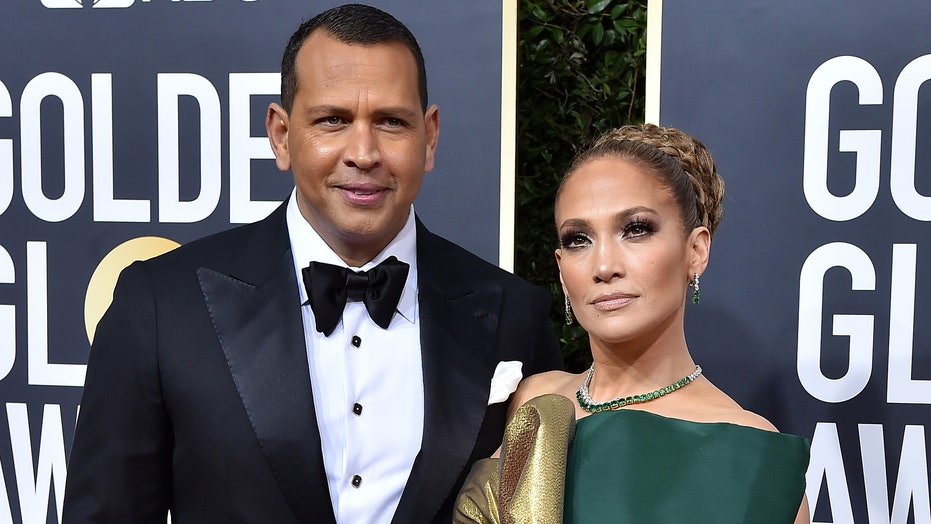 Jennifer Lopez and Alex Rodriguez have pumped the brakes on their wedding plans.

The former baseball pro appeared on "The Late Show with Jimmy Fallon" virtually on Thursday, where he shared the current status of the couple's upcoming nuptials, which were expected to take place sometime this summer.

Rodriguez said he and Lopez have little control over the fate of their ceremony due to the coronavirus pandemic.

"We have to go with the flow now. Everything is fluid," Rodriguez told Fallon, who had joked his invite had not come in the mail. "Everything's been put on just a pause and see where the world takes it."

Rodriguez explained the delay is directly impacted by the global health crisis, which ended up affecting his daughter Ella's 12th birthday recently.

"We have a drive-thru party!" Rodriguez told Fallon, adding that nearly 300 cars drove by the couple's home with well wishes.

JENNIFER LOPEZ PAYS TRIBUTE TO 'SELENA' ON BIOPIC'S 23RD ANNIVERSARY: 'I WAS SO LUCKY'

"And then some people said, 'Maybe we'll have a drive-thru wedding, it'll be cheaper!" Rodriguez laughed.

The former New York Yankees player concluded that he and Lopez are putting "safety first" given such an "unprecedented time."

Lopez's fiance also shared a sweet story regarding the 50-year-old singer, who performed Barbra Streisand's hit "People" during the “One World: Together At Home" relief special over the weekend.

Rodriguez revealed Streisand sent Lopez "a text or a comment on her Instagram" following the performance, which Lopez squealed over with excitement.

"I'm telling you, Jimmy, she was so excited. She got red in the cheeks!" he added.

Earlier this year, Rodriguez and Lopez began sharing details about their nuptials, noting that it would take place sometime this summer. A source told Entertainment Tonight that the pair had even decided to invite their exes to the event.

Lopez has been married three times. Her last union was to Marc Anthony, which ended in 2014. The two share twins Max and Emme, 11.

Rodriguez shares daughter Natasha, 15, as well as Ella, with his ex-wife Cynthia Curtis.