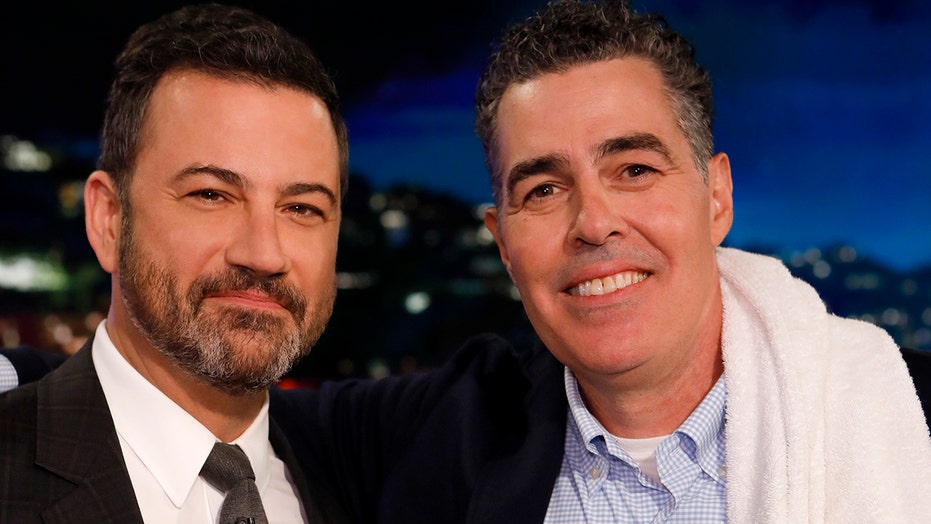 Adam Carolla defended his former “Man Show” co-host Jimmy Kimmel after the late-night host issued an apology for performing in blackface in the past.

Kimmel offered an apology on Tuesday after coming under fire for wearing blackface in old sketches where he impersonated former NBA player Karl Malone. Other routines have recently come to light, such as imitating rapper Snoop Dogg's voice for an “N-word”-filled track on a 1996 Christmas album.

Carolla, who co-hosted Comedy Central’s “The Man Show” from 1999 until 2003 alongside Kimmel, discussed the controversy on his podcast Tuesday for a show airing Wednesday.

JIMMY KIMMEL'S CONTROVERSIES: FROM 'N-WORDS' TO BLACKFACE AND MORE 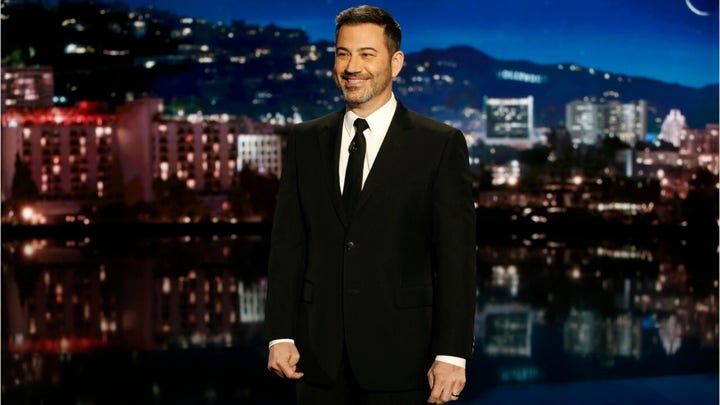 Carolla was referencing a similar incident in which Kimmel’s fellow late-night host, Fallon, was criticized for appearing in blackface to portray Rock for a “Saturday Night Live” sketch. Carolla later noted that he never met Fallon but said he’s “never heard anything other than he’s a fun guy and he’s a super nice guy."

“They’re not part of the problem,” the podcast host concluded.

Kimmel opened his lengthy apology statement Tuesday by first noting that he regrets staying silent on the issue for as long as he did.

“I have long been reluctant to address this, as I knew doing so would be celebrated as a victory by those who equate apologies with weakness and cheer for leaders who use prejudice to divide us. That delay was a mistake. There is nothing more important to me than your respect, and I apologize to those who were genuinely hurt or offended by the makeup I wore or the words I spoke,” Kimmel told Fox News in a statement.

The “Jimmy Kimmel Live!” host went on to explain that he never looked at his impressions from a racial point of view.

“We hired makeup artists to make me look as much like Karl Malone as possible. I never considered that this might be seen as anything other than an imitation of a fellow human being, one that had no more to do with Karl’s skin color than it did his bulging muscles and bald head. I’ve done dozens of impressions of famous people, including Snoop Dogg, Oprah, Eminem, Dick Vitale, Rosie, and many others. In each case, I thought of them as impersonations of celebrities and nothing more,” Kimmel said in the statement.

Jimmy Kimmel has come under fire recently for past sketches in which he appeared in blackface. (ABC)

He added: “Looking back, many of these sketches are embarrassing, and it is frustrating that these thoughtless moments have become a weapon used by some to diminish my criticisms of social and other injustices,” he added.

Kimmel abruptly announced last Thursday he's taking the summer off to spend more time with his family. He has been tapped to host the 72nd Primetime Emmy Awards. To conclude the statement, he said that his upcoming vacation was preplanned and he will be back to work in September.