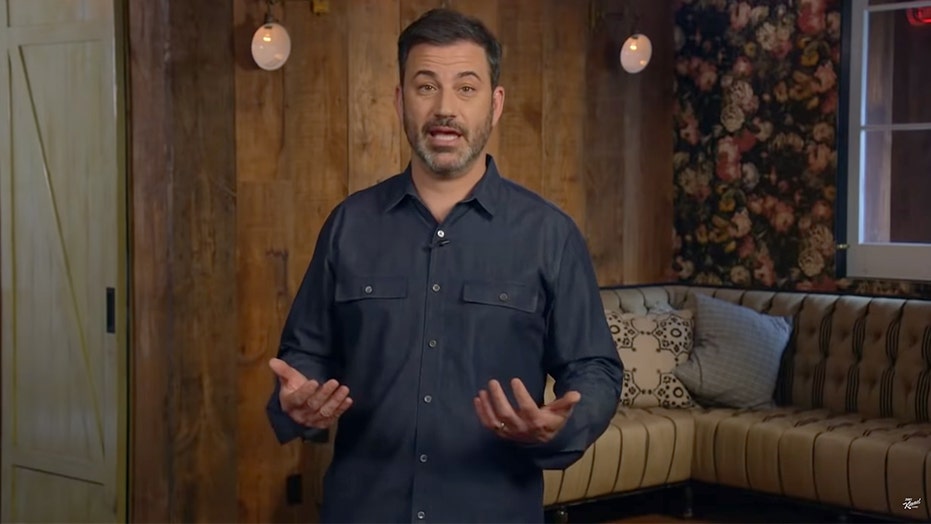 As racial tension continues to build across America and beyond, several celebrities are finding themselves the subjects of public criticism for inappropriate behavior.

In recent weeks, late-night talk show host Jimmy Kimmel is among those finding backlash for their past actions.

Fox News recently obtained audio from a 2013 podcast in which Kimmel, now 52, admitted to having used the N-word in 1996 when imitating Snoop Dogg for a Christmas song.

In the same interview, the comic imitated black comedian George Wallace by altering his speech pattern. One of Kimmel's top critics was Donald Trump Jr., who tweeted, “To be clear, I’m 100% against pushing comedians for jokes, even bad jokes from unfunny hack comedians like Jimmy Kimmel…but according to the left’s own woke rules that @JimmyKimmel wants to force others to live by, it’s hard to see how @ABCNetwork allows him to keep his show.”

"So Jimmy Kimmel says the N word, acts in blackface, AND makes light of sexual exploitation of women?" wrote another  Twitter user. "This is your king?"

"Jimmy Kimmel must resign. It is the mandated thing to do when you use the n word!" wrote a critic. "He went into hiding with the hope that all will be forgotten. But since he is a Democrat he will be forgiven in the end!"

"Jimmy Kimmel turned using the N word into an art, he said it more times in one tape than Snoop Dogg did in his entire career," said another. "Cancel this racist."

Yet another added: "Jimmy, Shame on You for using the N word. You Bash Everyone else for things like this... Time to Resign you Liberal Dem Hypocrite..."

While most of the reactions to Kimmel were negative, a few others suggested that the offense was forgivable considering it occurred over two decades ago, including one Twitter user who said they stopped "giving a f--k" once they learned the year of the incident.

Recently, a several-years-old clip from "Jimmy Kimmel Live!" began to circulate the internet again in which Megan Fox describes an encounter with director Michael Bay, who was accused of sexualizing her for a movie when she was just 15, calling it "a microcosm of how Bay's mind works."

"Well that's really a microcosm of how all our minds work, but some of us have the decency to repress those thoughts and pretend that they don't exist.," Kimmel responded, which earned him backlash as well and furthered the damage to his reputation.

"Maybe its [sic] just me but Jimmy Kimmel saying the N word shouldn't be getting more attention than him laughing about a 15 year old girl speaking out about how she was abused by a film director and sexualized," stated a Twitter user.

Many people also called for Kimmel to be replaced as the host of this year's Emmy Awards.

"Kevin hart had to give up hosting the Oscars for decade old tweets yet jimmy kimmel did multiple sketches in blackface & gets to host the 2020 Emmys. huh," wrote one Twitter user.

Another stated: "Okay. Jimmy Kimmel using the N-word in a song he recorded in 1996. Y’all forgave him for doing blackface, but at this point, he needs to lose that Emmy’s gig and some sponsorships. He’s never had to face consequences and he needs to."

ABC and the Television Academy did not immediately respond to Fox News' request for comment.