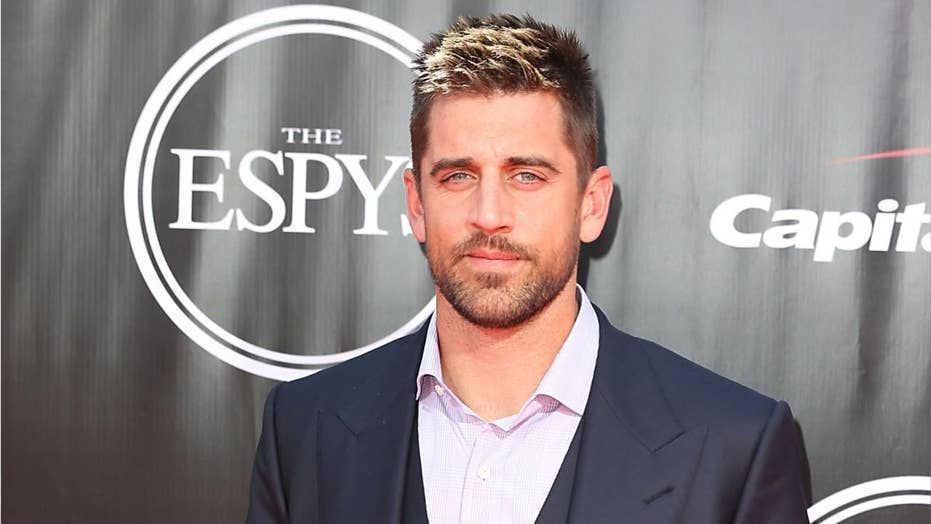 People reports an unnamed source has learned Aaron Rodgers' family has a problem with his recent comments on his girlfriend, Danica Patrick's podcast. The Green Bay Packers quarterback revealed he's struggled with questions he's had with religion.

Aaron Rodgers has been estranged from his family members for years, and now they are reportedly appalled by comments he previously made about his religious upbringing to girlfriend Danica Patrick.

The Green Bay Packers quarterback admitted he has struggled to believe in a higher power on Patrick's "Pretty Intense" podcast last month. Now, a source told People Rodgers' family is offended by his religious comments.

"They were dismayed," a source told the magazine. "To them, his comments are basically a slap in the face to the fundamentals of who they are."

Rodgers has never publicly spoken about his family rift. But the magazine's source said the topic of religion contributed to their estrangement.

"His comments are very hurtful to the family," the insider said. "They have these times where things start to thaw out, but then something like this happens, and then it's back to square one. It's sad."

The insider added: "It's basically him turning his back on everything they have taught him."

On Patrick's Dec. 26 podcast episode, Rodgers explained that he questioned religion as a kid and has since related to a "different type of spirituality" as he's gotten older.

"Most people that I knew, church was just...you just had to go," Rodgers, 36, told Patrick (via People).

The star quarterback added that religion can cause a divide.

"Religion can be a crutch," Rodgers continued, according to the magazine. "It can be something that people have to have to make themselves feel better. Because it's set up binary, it's us and them, saved and unsaved, heaven and hell, it's enlightened and heathen, it's holy and righteous...that makes a lot of people feel better about themselves."

The tension between the professional football star and his family was highlighted on a previous season of "The Bachelorette" when his estranged brother, Jordan Rodgers, was competing for JoJo Fletcher's love.

Rodgers reportedly stopped communicating with his family near the end of 2014, around the time he began dating actress Olivia Munn.

Rodgers and Danica Patrick have been dating since 2018.