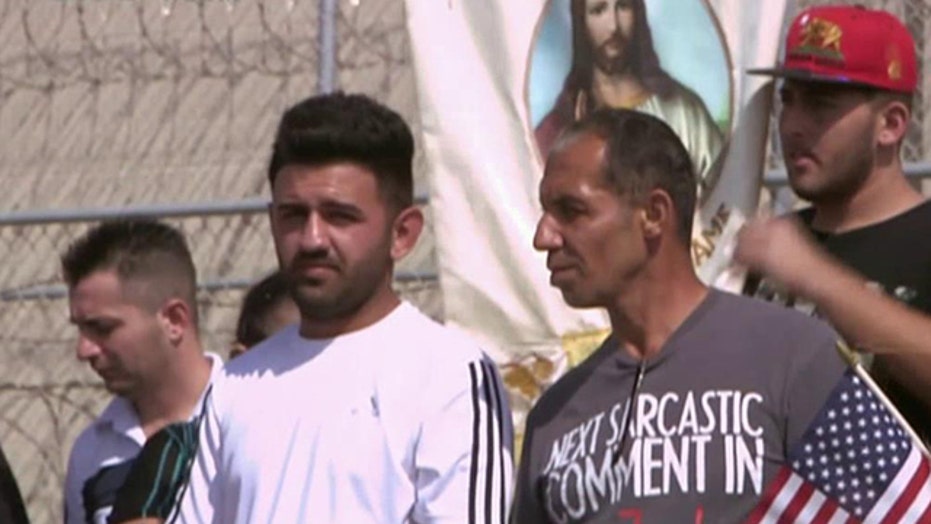 A year after U.S. airstrikes and Kurdish fighters saved Iraq's Yazidi population from death at the hands of ISIS atop Mount Sinjar, the historic religious enclave is facing death in its homeland and a cold shoulder from America, say activists.

Despite the ongoing threat of execution in Iraq, nearly all Yazidis, a Kurdish monotheistic community that lives throughout Iraq, Syria, Turkey and even Armenia and Georgia, who have applied for asylum in the U.S. have been rejected, FoxNews.com has learned. The reason why is not clear, but advocates say Washington is turning a blind eye on the situation.

“What we are seeing, in real time, is genocide,” said Frank Wolf, a former congressman from Virginia and senior fellow at 21st Century Wilberforce, a nonprofit that seeks to protect Christians and other religious minorities in the Middle East. “To declare it genocide, that would expedite relief. You can’t allow it to go on."

“What we are seeing, in real time, is genocide."

The Yazidi religion includes elements of ancient nature-worship, as well as influences from Christianity, Gnosticism, Zoroastrianism, Islam and Judaism.

The dramatic rescue of the Yazidi came in August 2014, after ISIS fighters chased an estimated 40,000 Yazidi men, women and children from the town of Sinjar and onto a nearby mountain to which they then laid siege. With the mountain surrounded, and supplies running low, the Yazidi faced certain death until airstrikes and boots on the ground cleared an escape route. The Iraqi Kurdistan Regional Government estimated in December that 4,000 Yazidi were killed before international help arrived.

Of the tens of thousands of Yazidis uprooted from their homes, only 10 families have been granted asylum in the U.S., according to Yazda, an American-based Yazidi advocacy group. None of the visas were issued due to religious persecution faced at the hands of ISIS.

June 20, 2015: Yazidi refugees hold banners at a Syrian and Iraqi refugee camp in the southern Turkish town of Midyat. (REUTERS)

“None of these families [in U.S.] are related to the crisis," Abid Shamden, who works with Yadza, told FoxNews.com, adding that the visas were given as part of a special program for translators who worked with the U.S. military during the Iraq and Afghanistan wars. “But many are still there. They are not given any special status. They are all treated as the same. My family has been waiting since 2012 for visas.”

Shamden’s colleague, Murad Ismael, added that several families who sought help under the translator program have even been denied.

“Some of them worked for the U.S. and they are not being allowed to come here,” he said. “Those who have gotten here have family members who were killed by terrorists back home.”

Many members of the religious minorities in Iraq and Syria -- Yazidi or otherwise -- have been seeking asylum in the U.S. since ISIS launched its violent offensive, carving out a caliphate the size of Indiana in northern Syria and Iraq. But the process is arduous, and often fruitless, say experts.

"The procedures to get a U.S. visa are very complicated," Jameel Ghanim, executive director of Yazda's operations in Iraq, told FoxNews.com. "I can say it is impossible for the regular person to gain a visa unless he is business man, a diplomat,or already has one of his relatives with U.S. citizenship."

Ghanim was among those forced to flee once ISIS moved into the Sinjar region.

"We did not have weapons to fight, and the troops of Peshmerga, who were supposed to protect the civilians, were the first to escape and leave the people behind to face the most barbaric [ISIS] members," he said, adding the he and his family fled to the Kurdish region.

"After I found a place for the family to live, I went to [refugee] camps to collect young Yazidis who volunteered to go and fight back against ISIS, trying to save whatever we could."

The Yazidi plight is similar to that of Chaldeans, an ancient Christian population routed from its historic home in Iraq. Some 28 Chaldean Christians who crossed into the U.S. from Mexico are now being detained in a federal facility in San Diego, and nearly a dozen of them have already been ordered deported.

At the outset of the Iraq War in 2003, there were nearly 1.4 million Christians in the country. Estimates today say the total is likely fewer than 250,000.