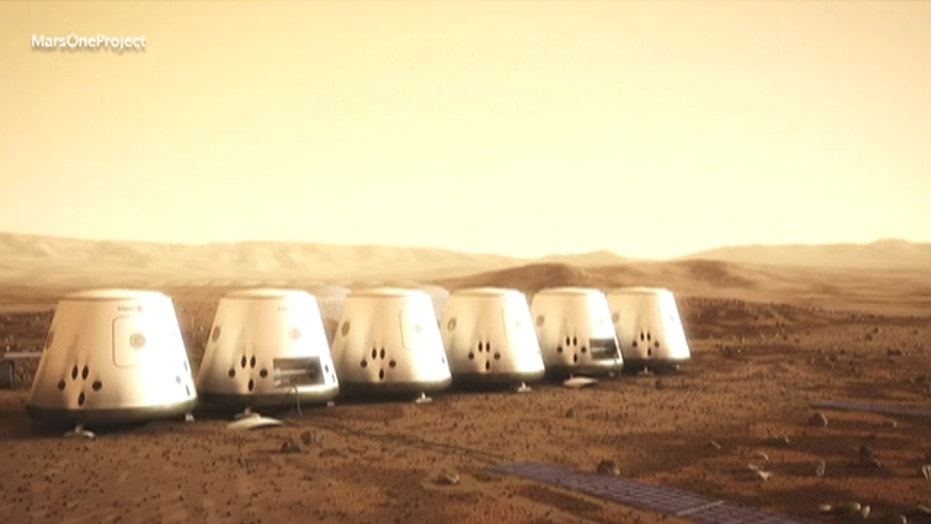 Yari could be Mars' first and only Latina

27-year-old Yari Rodriguez is one of 100 finalists for the Mars One Project, and is hopeing she'll be chosen for the one-way trip of a lifetime.

The most terrifying thought about a one-way trip to Mars for Yari Rodriguez is not fear of a rocket malfunction, lack of oxygen, or the high probability of death on a Martian surface.

“It’s the scariest part about the whole mission,” Rodriguez, 27, said. “I’m really shy and nervous…I’ve been coming to terms with being on TV.”

Rodriguez is one of the 100 contenders who have been chosen from more than 200,000 applicants worldwide vying to be one of 24 chosen to settle on Mars beginning in 2025. The $6 billion mission aims to establish a self-sufficient settlement on the red planet and is sponsored by the Mars One Project, a Dutch non-profit that was founded by entrepreneur Bas Lansdorp.

Enter the cameras. Lansdorp intends to fund the mission by selling the broadcasting rights to what would be the world’s first interstellar reality television show – documenting every step of the Mars’ crews mission and giving earthlings a front row view of the drama.

Except, unlike other reality TV shows, a one-way trip to Mars means death in space is all but a real certainty.

“Of course, it’s something I thought about,” Rodriguez said. “I mean, am I prepared to die here on Earth? What am I going to do with the rest of my life? Of course I think about what the risks and the challenges are going to be. I think about what I want to do with my life and signing up for Mars One… at least I feel capable of going through a mission like this. If someone has to do it, and I am capable of doing it, I’d definitely volunteer.”

Rodriguez, an engineering systems major who now works at the Massachusetts Institute of Technology researching Space Control Systems, is well aware of the challenges that could be in store. She’s reminded of the challenges by her close friends and family, particularly the last time she visited her grandmother in Mexico.

“The first thing she did, when I saw my grandmother, is she showed me the newspaper and she said ‘This is a suicide mission. Why do you want to do this?’” Rodriguez told Fox News Latino.

Some are calling Lansdorp’s plan to colonize Mars unrealistic. In fact, an analysis done by MIT students concluded the first person would die from suffocation 68 days after landing on the red planet. According to the Mars One official timeline, candidates will enter full-time training this year in a remote location, learning how to repair equipment they’ll be using on Mars and learning how to grow their food.

In 2018, a communication satellite will be launched in Mars orbit followed by a rover and satellite in 2020. Supplies and cargos are launched over the next few years and the first crew will take off to Mars in 2024. A crew of four would take off every two years.

After explaining to her abuela that the project was well funded and researched, Rodriguez says her grandmother is now supportive. Her mother, on the other hand, is a bit more apprehensive.

Rodriguez’s mother found out she signed up to go to Mars in 2013. She dismissed it as one of her crazy ideas. But when her application made it past the first round, her mother started becoming nervous and she half-jokingly recalled her mother saying: “But at the very last moment, if you do get selected I am going to go get you, and I’m not going to let you take off.”

Rodriguez, who was born in California but often travels to Mexico to visit relatives, says she’s always had two goals in life. She’s always wanted to be an astronaut inspired by Yuri Gagarin, the first man to orbit the Earth, and Christa McAulliffe, who would have been the first teacher in space but who instead tragically died in the Space Shuttle Challenger explosion in 1986.

Rodriguez’s other goal is to be a part of a mission that could change the world.

“I always knew that I wanted to do a bigger mission, something different than [NASA’s] International Space Station,” she said. “And when I learned that somebody wanted to send humans to Mars, I said this is the mission.”

The MIT researcher said she’s motivated by the sense of adventure and the possibility of learning new technologies and sciences that can be applied on earth – like learning how to extract water from the soil and how to survive on Mars’ extreme conditions.

Another aspect not lost on Rodriguez is the fact that she’s the only Hispanic woman from the U.S. There are two other women in contention from Latin America, one from Bolivia and another from Brazil.

“It’s always been very important to represent minorities and women,” she said. “It’s an honor to be representing both Mexico and the United States.”

Now, if only she can overcome her fear of the cameras.