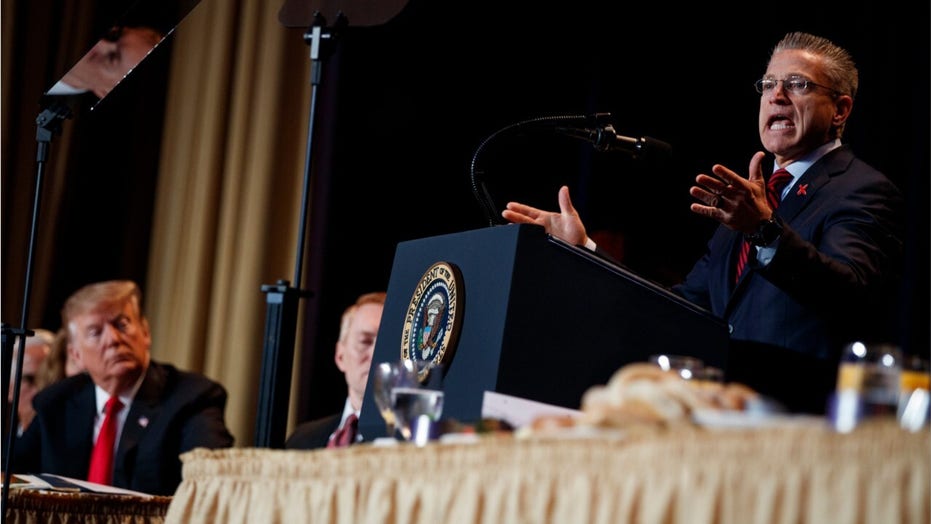 What is the END IT Movement?

Have you been wondering what those red X’s on the hands of celebrities, pastors, politicians, or friends mean? It’s all having to do with the END IT Movement, and their goal to end human trafficking.

If you've seen a celebrity, pastor, politician, or friend with a red X on their hand, here's what that's all about.

The red X is part of the "END IT Movement" to shine a light on modern-day slavery, and Feb. 13 marks the eighth annual "Shine a Light on Slavery Day."

People put a red X on their hand to raise awareness for the "End It Movement," in an effort to end modern-day slavery. (End It Movement)

Hundreds of thousands of people -- including celebrities and athletes like Carrie Underwood and Mike Fisher, Ashton Kutcher, Peyton Manning, Kristen Bell, Sophia Bush, Tony Hawk, and others -- use their voices and platforms to speak for those living in slavery.

“Modern slavery is as vast and as brutal as it has ever been, but one thing is new: We now know how to stop it for good," Gary Haugen, International Justice Mission CEO said during his keynote speech at the 2019  National Prayer Breakfast. Haugen, wearing a red X pin, pointed to the END IT Movement started by students at the Passion Conference eight years ago.

An estimated 40 million-plus people are trapped in human trafficking globally; more than 70 percent of them are female, and 1 in 4 is a child, according to the Global Slavery Index's 2018 findings.

The END IT Movement defines slavery as "one person completely controlling another person, using violence or the threat of violence to maintain that control. Human-trafficking, the modern-day slave trade, refers to the illegal trade of human beings through abduction, the use of threat or force, deception, fraud, or 'sale' for the purposes of sexual exploitation or forced labor."

"You are truly doing the Lord's work, rescuing people from the bondage of human trafficking," President Trump said at the breakfast about Haugen and IJM.

"As you know, our administration is doing everything we can to make your work easier...Together, we will end the scourge of modern-day slavery."

Last year, Trump highlighted victims of sex trafficking and the Immigration and Customs Enforcement (ICE) agents who've rescued them at the U.S.-Mexico border during his State of the Union address. Trump recognized ICE special agent Elvin Hernandez, for his work catching 80 traffickers, saving more than 150 victims - including 45 minors - and reuniting 19 children with their mothers.

SEX-TRAFFICKING SURVIVOR: THE TRUTH ABOUT SUPER BOWL AND SEX

That came just two days before Super Bowl LIII. Super Bowls are one of the largest hubs for human trafficking. At Super Bowl LIII, the FBI arrested 169 people and rescued 18 victims as part of an 11-day anti-sex trafficking sting in the very city where the END IT Movement began.

Several leaders in 2013 at the Passion Conference in Atlanta realized that "most of the world knew nothing about the largest human rights issue of its time."

"It's messy. It's uncomfortable. It's horrifying in a lot of ways," Brittany Jones, who is part of Passion City Church and the END IT Movement, told NowThis News. "But when you do scratch the surface and begin to understand that this is happening to real people, people like us, then it's almost impossible to do nothing."

"The END IT Movement has built a global network of Freedom Fighters from all walks of life who are inspiring people to raise their voices and advocate for action in the fight against slavery," said Brown. "With the momentum we've garnered year after year, we continue to see awareness of these inhumane crimes grow.

People participate in "Shine a Light on Slavery Day" by marking a red X on their hand. (End It Movement)

The END IT Movement has joined with 16 partner organizations - like A21, The Exodus Road, Not For Sale, Free the Slaves, and IJM - that are focused on a different step of the journey to freedom: "on the ground, in the streets, busting down doors, manning hotlines, prosecuting traffickers, freeing people."

Theresa Flores, a trafficking survivor, created Save Our Adolescents from Prostitution (SOAP), which trains hotels how to report and identify signs of sex trafficking. The group hands out bars of soap with the National Human Trafficking Hotline number.

The END IT Movement's mission is to fight trafficking until the number of men, women, and children suffering in silence goes from 40 million to zero.