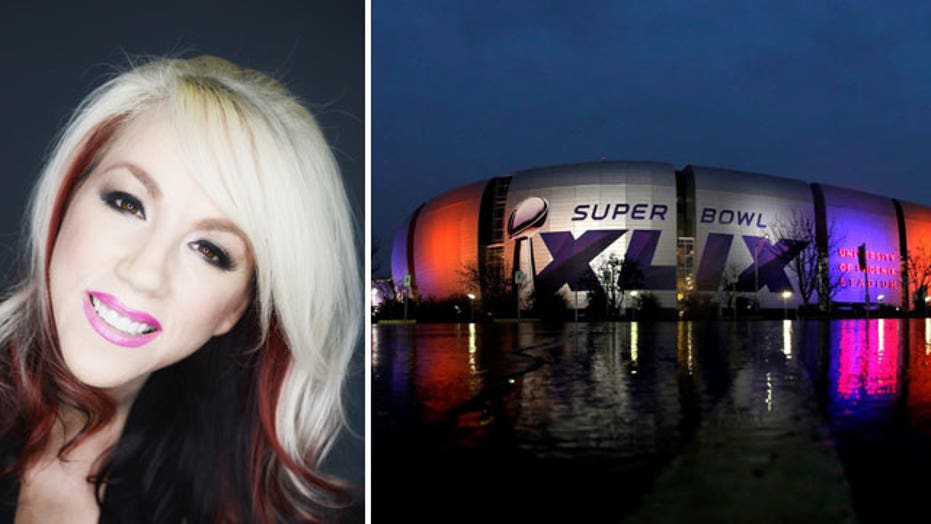 Annie Lobert on the need to fight human trafficking nationwide

It happens once a year—the great contest of pigskin being tossed back and forth over a 100-yard playing field in sun, rain, sleet or snow. The Super Bowl. It draws a massive audience from every demographic and pumps millions if not billions of dollars into our economy.

And every year, as if on cue, the city hosting the Super Bowl announces an awareness campaign to combat sex trafficking around what many in the media have referred to as “the biggest weekend for U.S. prostitution.” For example, Scottsdale announced a billboard campaign earlier this month, and the Phoenix police department recently revised its policy concerning prostitution. And while it makes sense that an event that draws hundreds of thousands of spectators would increase the demand of sex for sale, there isn’t much evidence to support the claims.

That’s what it was when I was a sex-trafficked call girl in Las Vegas. The escort agency I worked for expected me to go on as many calls as I could fit in a 12-hour  period, from 8 in the evening to 8 the following morning.

I would see between 10-30 different men a night. It didn’t matter how tired I was or how much money I made, I had to be loyal my entire shift for the entire weekend, or face a fine of $1,500. When I finally got home, as soon as I walked in the door, my pimp took 100% of my earnings.

These were the lies my alter ego “Fallen” would tell with a smile on her face—only to make more money for my pimp.

When you live in fear of the next beat-down (I was physically beaten more times than I can count by my pimp and by tricks), this is what you must do to survive.  Pretend you are someone else. When I began my time as a prostitute, I chose the name “Fallen” for my fake ID. I was no longer the Annie I knew and recognized; I was “Fallen”—a victim of high-class sex trafficking.

Was the Super Bowl my busiest weekend as a trafficked high-class escort? You would think so, since Vegas is a mecca for sports betting and conventions. But to be honest, it wasn’t my busiest weekend for money and tricks. In a town with more than 39 million visitors annually, any given weekend we were kept busy 24/7, 365 days a year, filling our pimps’ pockets.

I was sex trafficked by my pimps for more than a decade and have committed my life to helping those trapped in the sex industry. And while I cannot speak for the personal journeys of those who are being trafficked during the Super Bowl, I can share another truth: many reputable anti-trafficking organizations have not found much evidence linking the Super Bowl to a major rise in trafficking.

Though Super Bowl-related sex-trafficking statistics are few, the available statistics on sex trafficking in the United States and across the globe are startling.

* Sex trafficking is a $32 billion a year industry in the U.S., victimizing between 300,000 and 400,000 American children every year according  to the U.S. Department of Homeland Security.

* Globally, the International Labor Organization estimates that there are 4.5 million people trapped in forced exploitation.

What is most important to note is that much like it is in Las Vegas, trafficking is happening in every city across the United States, 24/7, 365 days a year. Wherever there’s a Smartphone, computer, strip club, or massage parlor, trust that sex is being sold to those who demand it. And if sex is being sold, sex trafficking going on at the same time. It is literally happening everywhere, all of the time.

So instead of jumping on an “awareness campaign" during the Super Bowl let’s all be pro-active and learn more about the trafficking going on right now—in and around our cities. While awareness campaigns to “stop trafficking” are great, they don’t solve the issue. There is so much more work to be done.

We need to do more as a society to rescue the girls (and boys) who are trapped by trafficking.

There are shelters to fund for the souls who need rehabilitation.

We need more resources like doctors and lawyers, educational and vocational training to give those who are rescued a real chance at a brand new life.

The best sermon preached is one without words. Promises to love without putting those words into action are just empty proposals. It’s not tangible until it is actually seen. Love is action. If we were a people of action instead of awareness, we could put an end to sex trafficking.

If there had been more people of action, if there were more resources available, I like to think that I would have been rescued out of trafficking much earlier, and spared much of the suffering I experienced. Your decision to act can save the life of a trafficking victim, and together, one by one, we can put an end to trafficking in our great nation.

Annie Lobert is a sex-trafficking survivor, the founder of Hookers for Jesus and Destiny House, a restorative year-long program for ladies rescued out of sex trafficking and the author of the forthcoming book "Fallen: Out of the Sex Industry and Into the Arms of the Savior" (Worthy Publishing, Feb. 17, 2015).