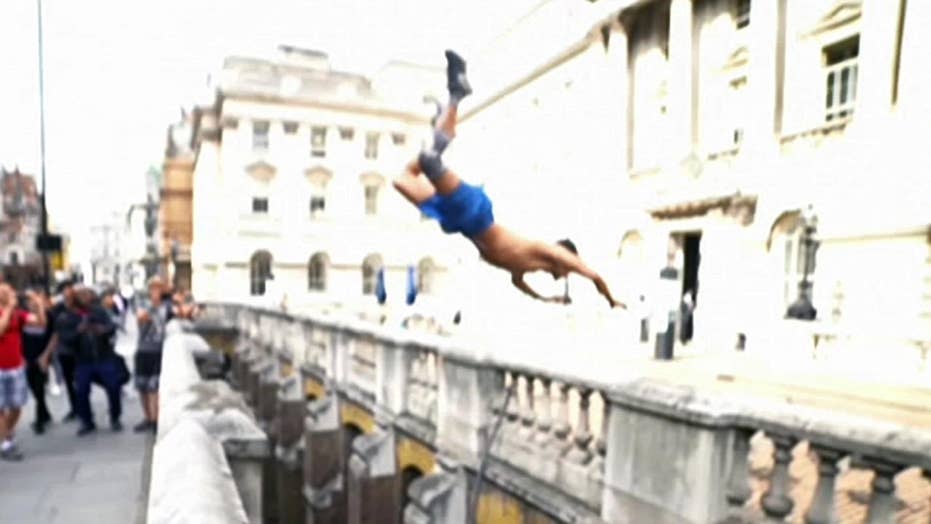 A daredevil managed to walk away unscathed after performing a front flip over a steep gap in front of an iconic London arts building.

Freerunner Greg Ennis was captured on video repeatedly leaping over a drop outside the Somerset House as a crowd looked on.

At one point security from the building tried to set up chairs in front of Ennis’ landing zone to discourage him from the stunts, The Sun reported.

The arts building attracts millions of visitors annually, according to the newspaper.