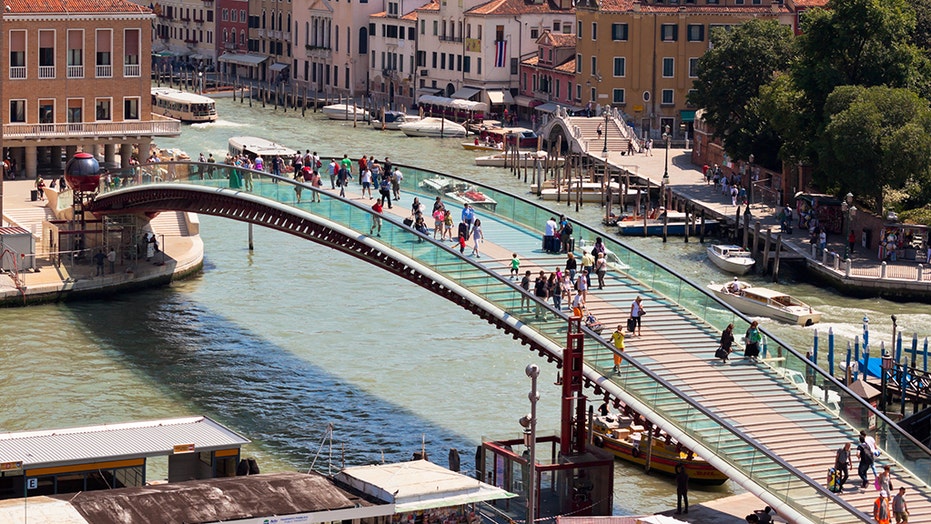 A Spanish architect has been fined nearly $90,000 because a Venetian canal bridge he built cannot support the number of tourists who flood the historic city each year, according to a report.

Santiago Calatrava, 61, was hit with the $86,000 fine after a Roman court ruled earlier this month that he committed “macroscopic negligence” when he built the glass and steel bridge in 2008, the New York Times reported.

According to the court, the construction required constant maintenance due to the volume of tourists traveling with luggage, which officials Calatrava should have considered when designing the bridge.

Venice, Italy - June 13, 2013: Venice cityscape and The Constitution Bridge (Ponte della Costituzione) over the Grand canal from above.

Calatrava’s glass steps were designed to be replaced after 20 years, however, after only four years, eight of them needed to be replaced, the Times reported. This cost the city nearly $40,000.

Complaints about the structure also include the lack of safety when it rains because the glass becomes extremely slippery.

The bridge was budgeted at $7.7 million but cost almost $13 million at its completion.