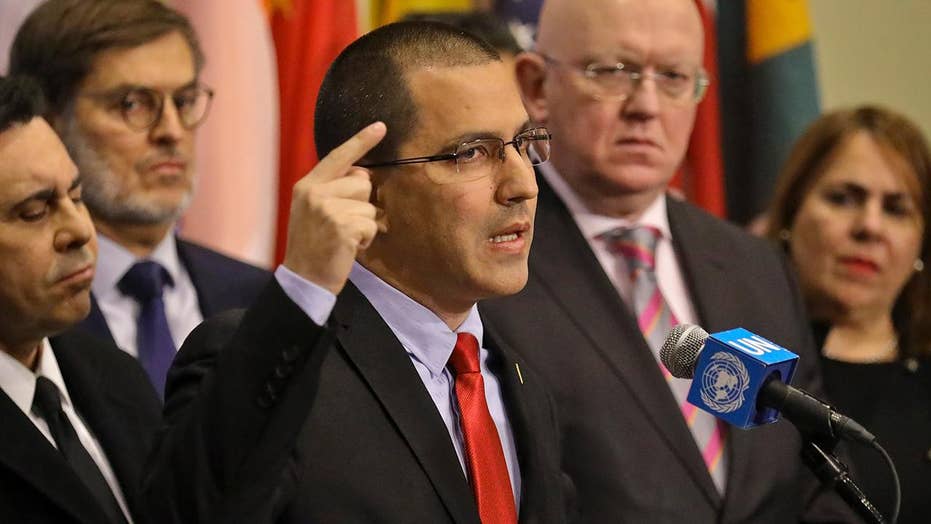 UNITED NATIONS – It was almost a who’s who of America's foes as Venezuela’s foreign minister, Jorge Arreaza, was surrounded on Thursday by some of the world’s most notorious human rights violators. He was announcing the formation of a group of countries that he said would defend the United Nations Charter.

In an attempt to fight off what the Nicolas Maduro government has claimed to be the threat of a U.S.-led coup, and flanked by more than a dozen ambassadors and diplomats from countries including Iran, North Korea, Cuba, Syria, China and Russia, Arreaza read off a statement defending the charter and the principles of nonintervention.

Those principles included respect for sovereignty of all states. The principles also called for states to refrain from the use of force against any state, and to respect territorial integrity.

In reference to the sanctions put on his country by the United States, he said all people “have the right to live without the threat of use of force and without the application illegal, coercive, unilateral measures.”

Arreaza said that the new group would be conducting “a series of actions to increase awareness around the dangers that our peoples currently face, particularly the case of the Bolivarian Republic of Venezuela. We call upon all the member states of the U.N. to join us in defending international law as the only guarantor of ... peaceful coexistence.”

One Western diplomat said the message of the new Venezuela-led group was "completely inconsistent with how the vast majority of those member states actually behave in the real world. So I think it was ridiculous, and the countries that they were able to pull together certainly underline that fact."

Jonathan Wachtel, a former director of communications for Ambassador Nikki Haley at the U.S. Mission to the U.N., told Fox News, “It is telling to see that these defenders of Maduro at the United Nations happen to be representatives of governments that have been accused of securing power for themselves rather than allowing the democratic process to give them legitimate power.”

Wachtel continued, “History will show that their stance was an affront to the majority of Venezuelans who want a government that truly represents them” 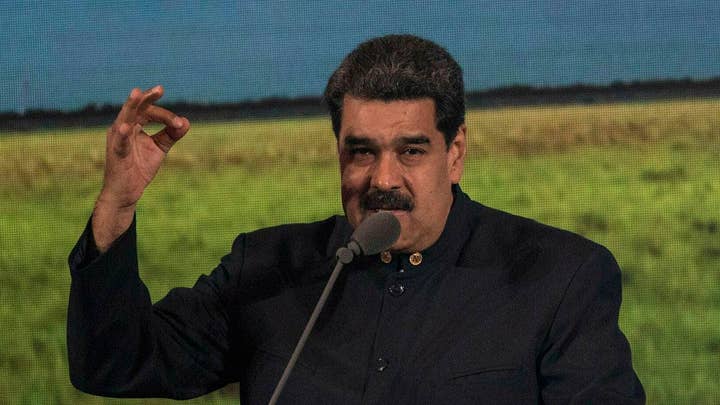 Palestinian U.N. Ambassador Riyad Mansour, who surprised some observers by showing his support for the besieged Maduro government, told reporters that the group had signed up 50 members.

Russian U.N. Ambassador Vassily Nebenzia said his country was very concerned that “some hotheads may be considering a military action against Venezuela,” saying that would be a very “bad development.”

He was asked if he was encouraged by the support for the Maduro government by some U.S. lawmakers, including Rep. Ilhan Omar, D-Minn., to which he said, “Reasonable people are everywhere, including in Congress.”

Both Russia and the United States have circulated dueling draft resolutions on Venezuela to the Security Council. While no vote is expected this week, it would seem that Russia and China would most likely have to use their veto to stop the U.S. draft from passing.