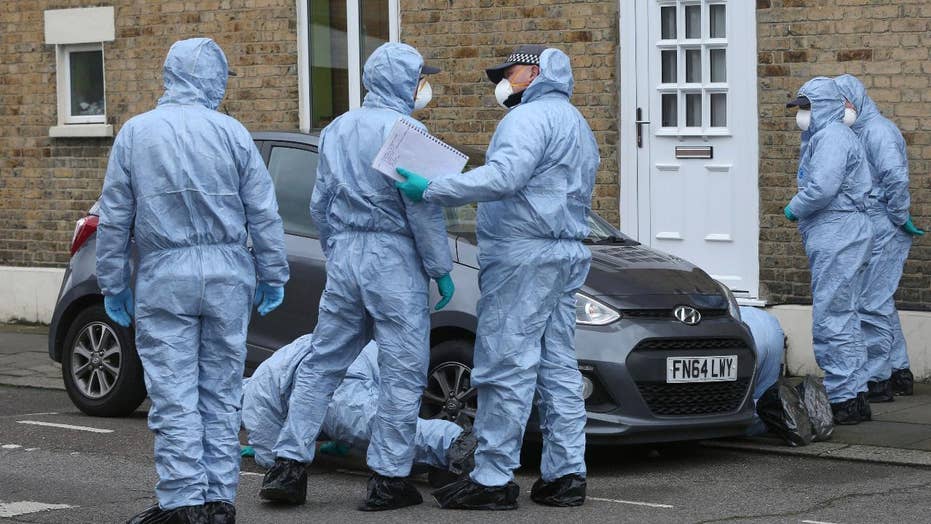 Surge of London murders in 2018

London authorities are hoping to literally stem the bleeding in response to a knife crime epidemic that's plaguing England and Wales.

The City of London Police announced Monday that hundreds of bars and nightclubs across the city will be soon be outfitted with specialized medical equipment meant to treat catastrophic bleeding from stab wounds.

A total of 320 "bleed control kits" will be supplied to late-night venues in London's financial district over the next few weeks, and follows a pilot program earlier this year in Birmingham.

"This is a really, really simple piece of kit which can make a big difference," London Police Chief Superintendent David Lawes told Sky News. "Particularly with the most catastrophic bleeds, if you don't get help in the first few minutes the person will almost certainly die."

The bright red kits are packed with trauma bandages, tourniquets and adhesive chest seals to treat knife wounds or gunshots. The initial rollout for the kits in late-night venues is expected to eventually be expanded to more locations in the future.

Hundreds of bars and nightclubs in London will soon have bleed control kits, as knife crime continues to rise across the U.K. (City of London Police)

Officials say it takes an ambulance responding to an emergency call from someone with life-threatening illness or injury 7 minutes on average to reach a patient. Bleeding from serious injuries -- such as those sustained in a stabbing, shooting, car or industrial accident – can prove fatal in 3 to 5 minutes.

Bleed control kits are meant to by time until first responders arrive. (City of London Police)

The bleed control kits are meant to help save "precious time" until paramedics arrive at the scene and prevent catastrophic bleeding.

Police said the initiative was launched in partnership with The Daniel Baird Foundation. Lynne Baird, Daniel’s mother, runs the foundation in memory of her son, who was fatally stabbed outside a pub in 2017. There was no first aid or bleed control kit available, and Daniel died shortly after arriving at the hospital, due to catastrophic bleeding.

"These kits will help us achieve our aim of making the city as safe as possible for the people who live, work and visit the Square Mile," City of London Police’s Assistant Commissioner, Alistair Sutherland, said in a statement. “Daniel’s death was a tragedy that no parent should ever have to suffer. The initiative we’re launching with Lynne’s foundation today will help Daniel’s memory go on in the lives that will be saved."

The United Kingdom is facing an epidemic of knife crime. Data released by the Office for National Statistics (ONS) in June showed that there were 43,516 police-recorded offenses involving a knife or sharp instrument in 2018-19, the highest figure since such records began in 2011 and an 8 percent increase from the previous year.

Raymond Arroyo joins 'The Ingraham Angle' to share a wrap up of 'seen an unseen' cultural stories.

Hospital admissions for all injuries caused by an assault with a knife or sharp object have gone up by almost a third since 2013, to 4,986 last year, according to NHS England.

The manufacturer of the kits, Prometheus Medical, will provide training to staff at venues who receive the kits.

One of the first places in London to receive the kits was St. Paul's location of the bar Slug & Lettuce. The general manager told Sky News the training was "very easy" and he could pass on the skills to his staff.

"It reassures me because clearly the regular first aid kits don't have this type of equipment inside," Shawn Bewick told Sky News. "This is a new thing, to be able to offer someone this level of help while we wait for an ambulance to come."