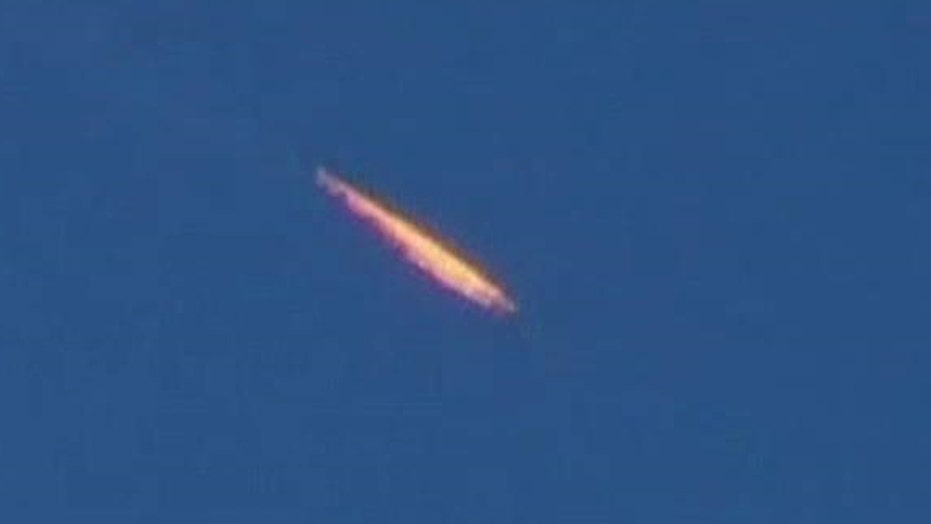 Turkey's president Tayyip Erdogan on Friday warned Vladimir Putin not to "play with fire" as their war of words continued to escalate over the downing of a jet.

In a speech broadcast live on television, Erdogan added he does not want to harm relations with Moscow and hopes to meet the Russian President at a climate conference in Paris next week, Reuters reported.

Putin has refused to contact Erdogan because Ankara does not to apologize for the downing of the Russian warplane, Putin aide Yuri Ushakov told Reuters Friday.

"We see Turkey's unwillingness to simply apologize for the incident with the plane," Ushakov told reporters when asked why Putin has refused to talk with Erdogan

The aid said the Kremlin had received a request from Ankara about a meeting in Paris Nov. 30.

On Thursday, Putin again slammed Turkey's explanations for the shoot down near the border with Syria, saying that the warplane's flight details had been passed to the U.S. in advance and should have been known to the Turkish government.

"The American side, which leads the coalition that Turkey belongs to, knew about the location and time of our planes' flights, and we were hit exactly there and at that time," Putin said during a news conference with French President Francois Hollande, during which the two leaders vowed to increase cooperation in the fight against ISIS.

"Why did we pass this information to the Americans?" Putin went on to say. "Either they were not controlling what their allies were doing, or they are leaking this information all over the place."

Turkey has said it shot down the Su-24 bomber Tuesday after it flew into its airspace for 17 seconds despite repeated warnings. Putin dismissed that claim again Thursday, calling the Turkish explanations "rubbish."

"They [our planes] have identification signs and these are well visible," Mr Putin said of the Russian planes before criticizing Turkey again: "Instead of ... ensuring this never happens again, we are hearing unintelligible explanations and statements that there is nothing to apologize about."

Putin said the Ankara government had "thoughtlessly and rudely" destroyed friendly ties between the two countries, and issued a warning to the West despite saying he was still willing to cooperate with the U.S.-led coalition against ISIS in Syria.

"Incidents like the destruction of our aircraft and the deaths of our servicemen... are absolutely unacceptable," Putin said. "And we proceed from the position that there will be no repeat of this, otherwise we'll have no need of cooperation with anybody, any coalition, any country."

There was no immediate official response from the U.S., in part due to Thursday being the Thanksgiving holiday.

The incident Tuesday underscores the complex military landscape in Syria, where a sprawling cast of countries and rebel groups are engaged on the battlefield and in the skies overhead, sometimes with minimal coordination.

Also on Thursday, Erdogan underscored the complex military landscape in Syria, where a sprawling cast of countries and rebel groups are engaged on the battlefield and in the skies overhead, sometimes with minimal coordination.

He accused Russia of using its declared goal to fight ISIS group in Syria as a pretext to target opposition groups including the Turkmen, in order to shore up Syrian President Bashar Assad.

He also challenged Russia to prove its accusation that Turkey is buying oil and gas from ISIS, calling the claims "shameful" and even pledging to step down if the claim is proven.

"This is a great disrespect to Turkey and those who make the claims are slanderers," he said. "If they prove it, Tayyip Erdogan would step down."

Commenting on Erdogan's statement, Putin said that at the G-20 summit in Antalya he showed fellow leaders the aerial pictures of convoys of oil trucks carrying the IS oil into Turkey.

"Let's assume that Turkey's political leadership knows nothing about it, it's theoretically possible, albeit hard to believe," he said sarcastically. "There may be elements of corruption and insider deals. They should deal with it."

Putin responded to the plane's downing by ordering the deployment of powerful long-range air defense missiles to a Russian air base in Syria.

Since the plane was downed, Russia has already restricted tourism, left Turkish trucks stranded at the border and announced the confiscation of large quantities of Turkish food imports.

Russia was the biggest source of Turkish imports last year, worth $25 billion, which mostly accounted for Russian gas supplies. It also is the largest destination for Turkish exports, mostly textiles and food, and Turkish construction companies have won a sizable niche of the Russian market.