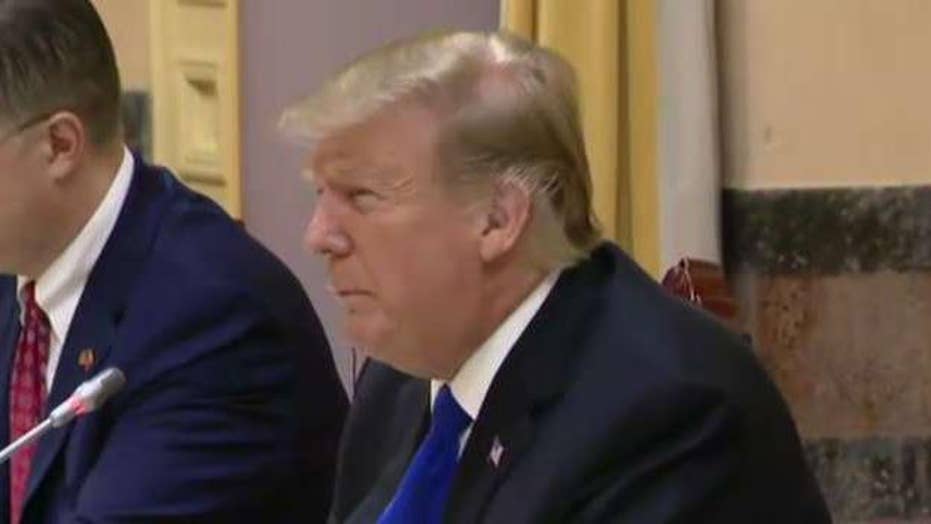 During the visit, Trump and Vietnamese President Nguyen Phu Trong presided over the signings of several commercial trade deals affecting the airline industries of their two countries.

U.S. aircraft manufacturer Boeing signed agreements with VietJet for 100 737 MAX planes and with Bamboo Airways for 10 787 Dreamliners as the two leaders looked on Wednesday.

The White House did not immediately provide details on the agreements.

Trump, who arrived in Hanoi on Tuesday, said he hoped for “great things” from his second meeting with Kim. The president is scheduled to meet with Kim later Wednesday in Hanoi for a second round of nuclear talks.

The U.S. is attempting to achieve denuclearization on the Korean Peninsula following a series of missile tests by North Korea that have worried its immediate regional neighbors, such as China and Japan, and raised concerns that Pyongyang was developing weapons that could reach deep into the U.S. mainland.