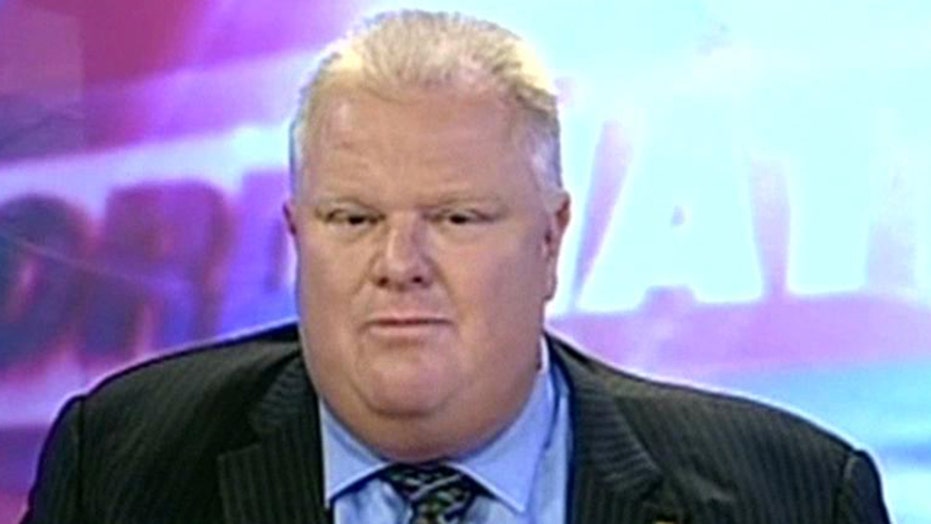 Rob Ford may be stripped of power

Embattled Toronto Mayor Rob Ford faced another setback Monday as the City Council voted to strip away many of his remaining powers in a heated council meeting.

The council voted overwhelming in a series of votes to cut Ford's office budget by 60 percent and allow mayoral staff to join the deputy mayor. Ford now effectively has no legislative power as he would no longer chair the executive committee.

Ford retains his title and ability to represent Toronto at official functions.

Ford himself charged at the gallery at one point and knocked over Councilor Pam McConnell before picking her back up.

Another councilor asked Ford to apologize. Ford said he was rushing to the defense of his brother, city councilor Doug Ford.

"I picked her up," Rob Ford said. "I ran around because I thought my brother was getting into an altercation."

Visibly shaken after Ford ran her over, McConnell, a petite woman in her 60s, said she never expected the chaos that broke out.

"This is the seat of democracy, it is not a football field. I just wasn't ready. Fortunately, the mayor's staff was in front — they stopped me from hitting my head against the wall. I just need to sit down," McConnell said.

The motion was revised from a tougher version to ward off potential legal challenges.

The council does not have the power to remove Ford from office, barring a criminal conviction. It is pursuing the strongest recourse available after recent revelations that Ford smoked crack cocaine and his repeated outbursts of erratic behavior.

"Mayor Ford has had many choices ... would he change his behavior? Would he step aside and seek help? ...The mayor unfortunately has chosen the path of denial," Councilor John Filion said. "Now it's time to take away the keys. ...The new allegations pile up faster than the old ones can be dealt with. If many Torontonians were initially fascinated by the drama, they are now fed up with it. They want it to end."

Ford earlier claimed on a radio station that councilors were against his agenda to save taxpayers' money.

"If they want me out, they should just call a snap election," Ford told radio station AM640.

Councilor Denzil Minnan-Wong, a former Ford ally, said it's about his conduct.

"He's the worst spokesman for the city of Toronto right now."

On Sunday, Ford embraced the spotlight, giving an interview to Fox News and showing up at a Toronto Argonauts game even though the commissioner of the Canadian Football League had suggested that he not attend.

He and his brother are set to debut a current events television show Monday night called "Ford Nation" for the Sun News Network.

Toronto, a city of 2.7 million people, has been abuzz with the Ford melodrama since May, when news outlets reported that he had been caught on video smoking crack cocaine.

Recently released court documents show the mayor became the subject of a police investigation after those reports surfaced. Ford, who denied there was any incriminating video, now acknowledges the reports were accurate.

In interviews with police, former Ford staffers have made further accusations, saying the mayor drank heavily, sometimes drove while intoxicated and pressured a female staffer to engage in oral sex.

On Thursday, Ford spouted an obscenity on live television while denying the sex allegation, saying he was "happily married" and using crude language to assert that he enjoys enough oral sex at home.

Last week, after admitting to excessive drinking and buying illegal drugs, Ford disclosed that he is seeking medical help. But he and his family insist he is not an addict and does not need rehab.

The mayor addressed some of those issues in his interview with Fox News.

"I've admitted to drinking too much. Okay. So I'm dealing with it, I'm training every day, I'm in the gym two hours every day," Ford said. "I'm seeking professional help, I'm not an alcoholic, I'm not a drug addict. Have I had my outbursts in the past? Absolutely. But you know what, I'm only human. I've made mistakes. I've apologized."

He also added: "Yes, one day I do want to run for prime minister."

Coincidentally, Prime Minister Stephen Harper -- like Ford a Conservative -- was due in Toronto on Monday to meet with area Parliament members from his party. Harper has been a guest at an annual summer barbecue hosted by Ford and his family, but has had little to say in public about the mayor's ongoing troubles.

With Ford refusing to step aside, even temporarily, the City Council took its first steps to weaken his powers on Friday, voting 39-3 to suspend his authority to appoint and dismiss the deputy mayor and the executive committee. The council also voted to give the deputy mayor authority to handle any civic emergency.

George Rust-D'Eye, a municipal law expert hired by Ford, said he would not seek an injunction to block City Council from going forward with Monday's power-stripping motion. Rust-D'Eye said he will meet with the mayor to discuss what to do after the council debates.

"What they are proposing to do is make him into a deputy mayor. I think they have to respect the wishes of the electorate," Rust-D'Eye said.

Ford's brother and adviser, councilman Doug Ford, called him "the mayor of the people" and said the rights of those who voted for him were being trampled.

Ford, 44, was elected three years ago with overwhelming support from Toronto's conservative-leaning outer suburbs, where many voters felt angry about what they considered wasteful spending and elitist politics at City Hall. He campaigned on promises to "stop the gravy train" by curbing public spending and keeping taxes low.