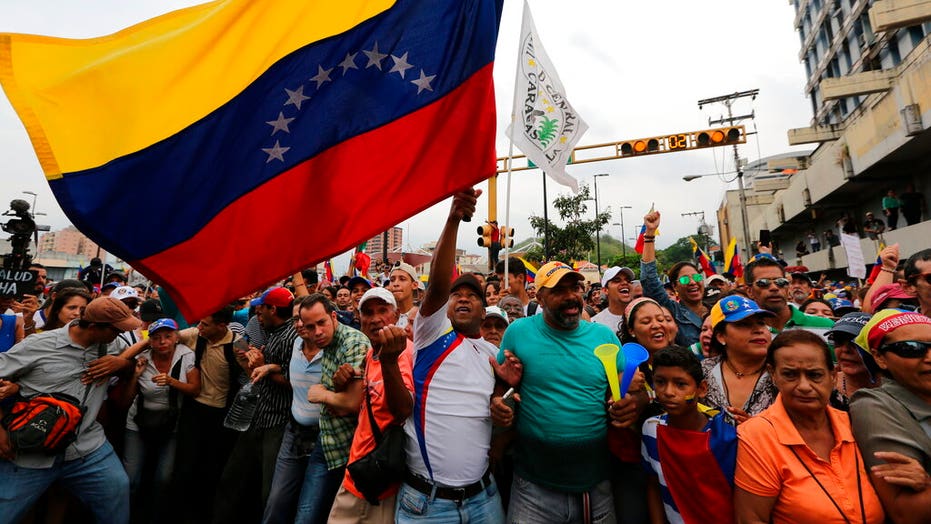 An American who had been imprisoned in Venezuela for five years has been released, sources confirmed to Fox News.

Todd Leininger, 37, from Bloomington, Indiana, was originally arrested on charges of attempted murder and arms trafficking during an April 2014 visit to Venezuela with his wife, who is of Venezuelan descent.

The charges were later reduced and a Venezuelan court eventually ordered him to be released last November. But Leininger remained in prison as Venezuelan authorities ignored the order.

According to her social media posts, Leininger’s mother, Barbara, was on her way to pick up her son at the Miami airport on Friday.

A State Department spokesman told Fox News: "We welcome the release of U.S. citizen, Todd Leininger. The welfare and safety of U.S. citizens abroad is one of the highest priorities of the Department of State. Mr. Leininger’s release was overdue.  A Venezuelan judge granted Mr. Leininger parole in May 2018 due to good behavior, but authorities did not release him.

"A Venezuelan court ordered his release in November 2018, and since that time we have been pressing for his return to the United States. While we welcome today’s news on Todd Leininger, we remain concerned about other Americans in prison in Venezuela. This includes six CITGO employees who have been wrongfully detained for more than a year; we continue to call for their immediate release."

The State Department announced it was removing all U.S. diplomatic personnel from Venezuela in March. Weeks later, the State Department officials said Switzerland agreed to serve as a protectorate and represent America’s interests there.

Weeks later, State Department officials said Switzerland agreed to serve as a protectorate and represent America's interests there, though that arrangement is not yet operative‎.