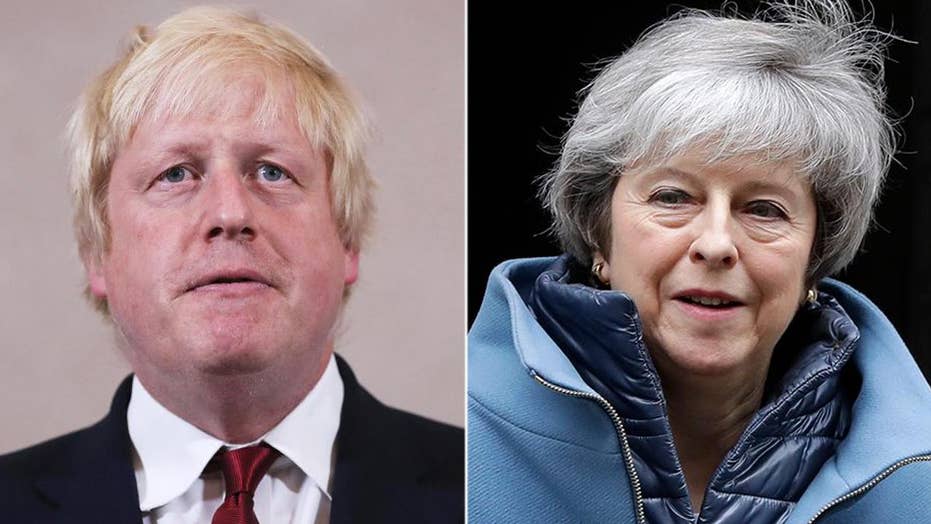 Report: Theresa May to quit as British prime minister in the summer

British Prime Minister Theresa May's Cabinet members are preparing for her possible resignation this summer in order to influence the pick of her successor. If this is true, May's reign would come to an end shortly after finally delivering Brexit. Her decision is widely seen as a play to stop her long-standing enemy Boris Johnson, who would like to establish a significantly different trade deal with the EU than May's Brexit plan has in mind.

Theresa May is preparing to resign as British prime minister this summer so she can influence who succeeds her, Cabinet ministers now believe.

Under the suspected plan, May would call time on her Premiership shortly after finally delivering Brexit.

She will then set out a timetable for a new Tory leadership contest to end at the party’s annual conference in October.

At least two senior figures in the Cabinet have come to that conclusion from hints the PM has personally given them, The Sun has been told.

May’s thinking, it is suspected, is that by going at a time of her own choosing and in a position of relative strength, she will be able to have some say over who the next Tory leader will be.

Theresa May (right) is preparing to resign as British Prime Minister as early as this summer, according to The Sun, in an attempt to make sure rival Boris Johnson (left) does not get the job (AP)

Her move will widely be seen as a plan to stop Boris Johnson, her long-standing enemy, who wants a significantly different future trade deal with the EU with fewer links to Brussels.

International Trade Secretary Liam Fox, a confidante of May’s for years, is one of the senior ministers that she has given the hints to.

A senior Tory source said: “Liam is convinced she’ll go this summer. He says everything the PM has told him suggests that.

“She’s determined to ensure the right person follows her, and she’ll have no say at all if it gets to the stage of forcing her out.”