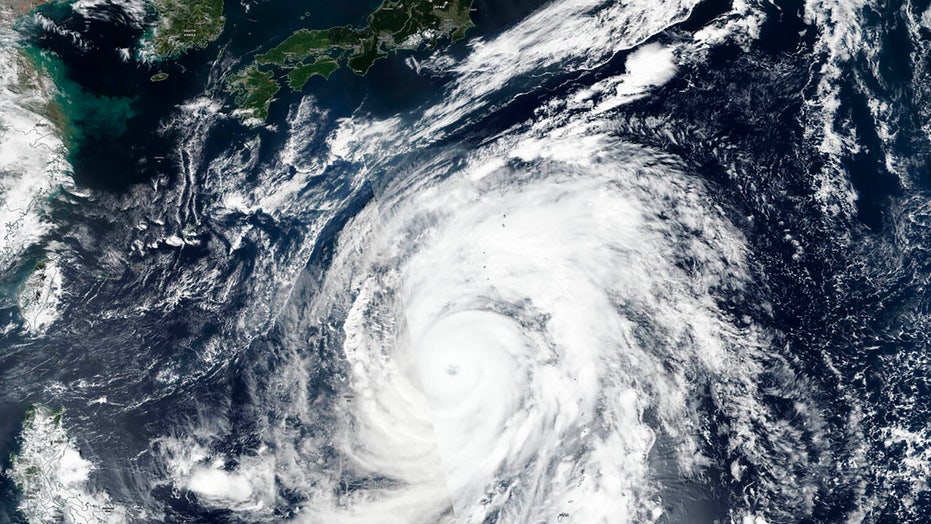 A powerful super typhoon taking aim at mainland Japan this weekend is threatening to bring torrential rains and strong winds as major sports events and flights have already been canceled Thursday and officials warned of "freak waves" that could strike the coast.

Super Typhoon Hagibis, which means speed in Filipino, had maximum sustained winds of up to 168 mph and stronger gusts at noon local time Thursday near Chichi island in the Pacific, about 1,000 620 miles off Tokyo's southern coast. It was moving north at the speed of 12 mph and is expected to weaken over cooler waters as it nears Japan's main island.

The storm -- currently with winds the equivalent of a Category 5 hurricane in the Atlantic -- is forecast to weaken as it approaches Japan.

The Japan Meteorological Agency said the typhoon is forecast to hit ashore in the Tokyo area late Saturday and may bring up to 24 inches of rain across parts of the region, Japanese broadcaster NHK reported.

In addition to the threat of heavy rain, meteorologists are also warning that "freak waves" twice the size of normal waves may strike coastal regions in the coming days. The storm may wind up being more destructive than Typhoon Ida, which left 1,269 dead when it struck Japan in 1958, experts told the South China Morning Post.

Hagibis has already caused cancellations of two Rugby World Cup matches that were to be played Saturday. Organizers canceled the England-France match planned in Yokohama, near Tokyo, and New Zealand-Italy game in Toyota, in central Japan.

Organizers will leave a decision until Sunday on the Japan-Scotland match at Yokohama, which is scheduled to conclude the group stage that night.

"In principle, we make the decision six hours before kickoff but we would like to make this as early as possible on Sunday," Japan Rugby 2019 chief executive Akira Shimazu said at a news conference. "We will look at the damage, we will consider carefully. We will make every effort so the spectators will see the match."

Organizers also called off a marathon in Sendai and other northern coastal towns while a Formula One auto racing in Suzuka in central Japan may also be affected.

SUPER TYPHOON HAGIBIS INTENSIFIES AT ONE OF THE FASTEST RATES ON RECORD, MAY IMPACT JAPAN BY WEEKEND

The approaching storm has caused airlines and railway companies to warn that services will be canceled over the three-day weekend, including Sports Day holiday on Monday. All Nippon Airways said it is grounding all domestic flights Saturday in and out of Tokyo's Haneda and Narita international airports.

This Oct. 9, 2019, photo shows the sheet-covered roofs of the houses damaged by typhoon Faxai in Kyonan, near Tokyo. Japan's weather agency is warning a powerful typhoon may bring torrential rains to central Japan over the weekend. (Kyodo News via AP)

East Japan Railway Co. said that bullet trains and other major services could be halted by the storm and planned to announce details early Friday.

“Our goal is to notify passengers as soon as possible," spokesman Yuji Ishikawa told the Japan Times.

The approaching typhoon is spreading fear especially in Chiba, near Tokyo, which was hit by Typhoon Faxai last month and many residents are still recovering from damage to their homes. The typhoon tore many electrical poles and snapped cables, triggering extensive outages that lasted for weeks, contributing to heat illnesses and other health problems among elderly people.

This Oct. 8, 2019, photo shows the sheet-covered roofs of the houses damaged by typhoon Faxai in Tateyama, near Tokyo. (Kyodo News via AP)

Chief Cabinet Secretary Yoshihide Suga, at a regular news conference, said the government will do the utmost for the people's safety, and urged residents near the typhoon route to take precautions early.

Local offices in Chiba city already started distributing free sandbags to shield against flooding. The city also cautioned against power outages from potential typhoon damage and urged residents to make sure they have enough food, water, and their phones are charged.

Japan is regularly hit by Pacific storms, including Faxai in September. Typhoon Jebi flooded a terminal and a runway at Kansai International Airport last year.