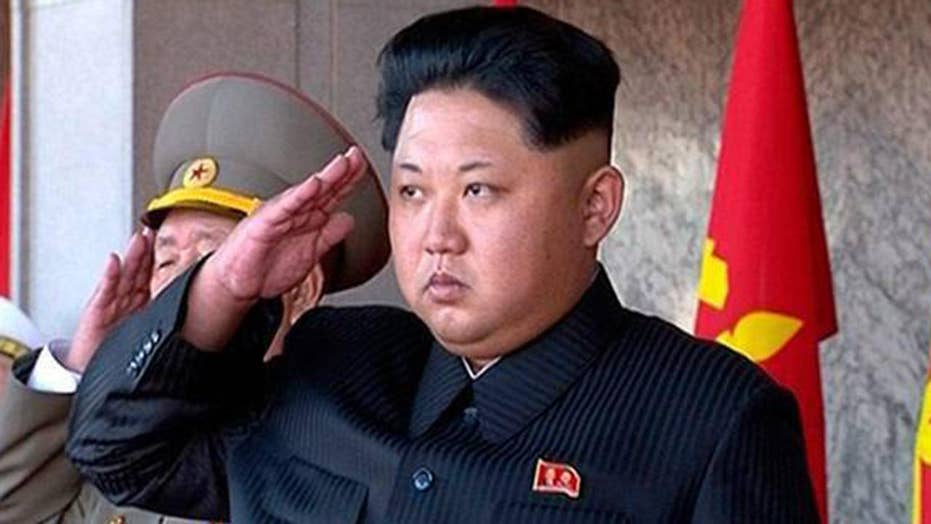 South Korea on Tuesday conducted its first live-fire drill for an advanced air-launched cruise missile, strengthening Seoul's preemptive strike capability in the face of increased aggression from North Korea -- which mocked the live-fire test as the work of a "puppet army."

The drill involved an F-15 fighter jet firing a Taurus missile that traveled through obstacles at low altitudes until it hit a target off South Korea’s western coast, the country’s military said Wednesday. Seoul's Defense Ministry added the missile, manufactured by Germany's Taurus Systems, has a maximum range of 310 miles, meaning it could hit North Korean targets before being detected by radar.

The latest drill is part of South Korea’s attempt to ramp up its capability against its volatile neighbor – which conducted its sixth and most powerful nuclear test Sept. 3. North Korea claimed it detonated a hydrogen bomb, but experts and the U.S. government have yet to confirm what the device was.

South Korea confirmed Wednesday it had detected traces of radioactive xenon gas from the nuclear test, but the type of nuclear device that was set off remained mysterious, Reuters reported.

A Taurus missile fired from a South Korean air force F-15K fighter jet is about to hit a target during a drill. (AP)

NORTH KOREA REPRESENTS THE MOST IMMINENT THREAT TO US NATIONAL SECURITY

“Such attempt after the DPRK's ICBM launch and H-bomb test is no more than a ridiculous act of a mudfish trying to become a dragon in the sky,” KCNA said in the statement. “...This is a special cartoon showing their poor position as puppet and colonial servant who can do nothing without approval of the master."

Kim Jong Un’s regime vowed the U.S. would feel the “greatest pain it has ever experienced in its history” after passing the sanctions.

President Trump warned North Korea the sanctions were "nothing compared to what ultimately will have to happen."