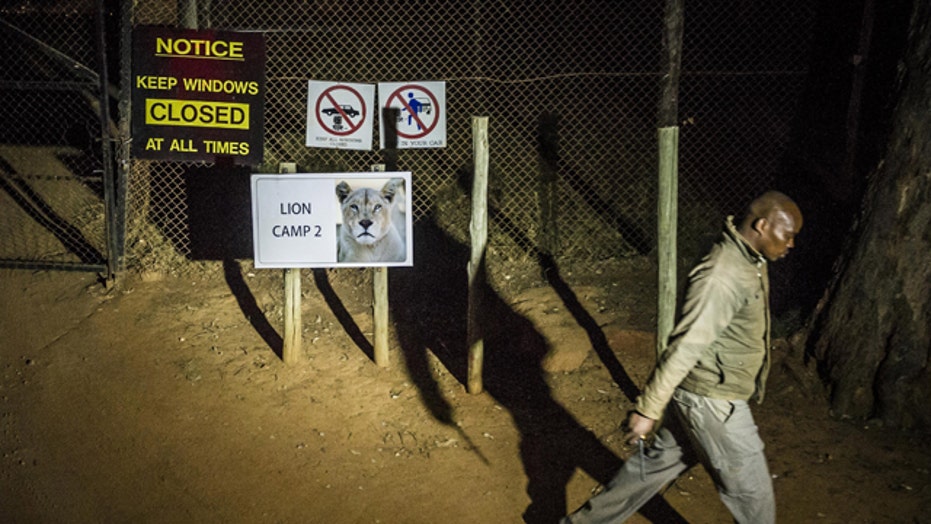 Lion kills woman, injures man while the couple was on the self-drive tour of South African wildlife park

JOHANNESBURG – Despite a fatal lion attack the previous day, business ran pretty much as usual on Tuesday at the Lion Park north of Johannesburg, and visitors were driving through with all their windows rolled up.

An American woman -- still unidentified -- was killed by a lioness Monday when the animal attacked her through a car window. The car's windows were open, contrary to park rules, park management said.

Scott Simpson, assistant operations manager at the Lion Park, said Tuesday that it is "operating as usual" except the area where the attack occurred has been closed off. At the entrance, tour guides and private operators shepherded dozens of visitors into the park, driving minibus taxis and safari vans covered in wire mesh.

He said the park was investigating the attack.

The driver of the car, believed to be a local tour operator, remained hospitalized for injuries suffered when he tried to get the lion off his passenger.

The attacking lioness will not be euthanized, but will be moved to another property owned by the park away from tourists, said Simpson.

Tumelo Tshoeu, who lives in South Africa's capital Pretoria, surprised his girlfriend with a trip to the park for her birthday.

"I didn't want to come," said Idah Mabula, saying she was fearful after hearing about the fatal attack, but felt at ease once she was on the tour.

"As long as you follow the instructions, I think you'll be OK," said Tshoeu.

Signs tell visitors to keep their windows up. Associated Press journalists visiting the park on Tuesday noted that everyone was obeying the rule.

But sometimes there are visitors who don't play it safe, Simpson said.

"They think it's Disneyland and that you can go play with the animal," he said.