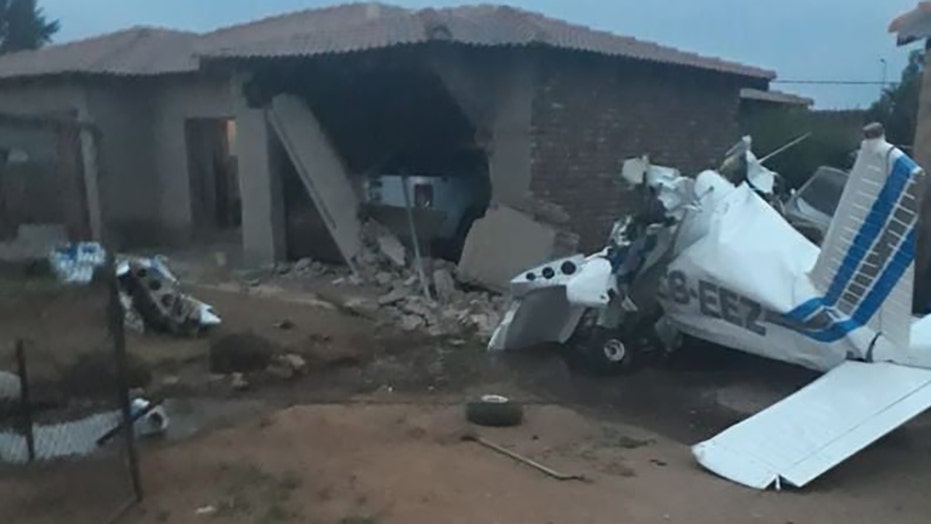 A pilot in South Africa is dead and a passenger injured after the light aircraft they were flying in crashed into the garage wall of a home in a North West Province residential neighborhood, investigators said Monday.

The light Piper aircraft skidded between two houses in the Huhudi neighborhood of Vryburg, located about 243 miles from Johannesburg, before smashing into the wall Sunday evening, the South Africa Police Service said in a statement.

The 30-year-old pilot died at the scene and has yet to be publicly identified, according to SAPS. The injured passenger was rushed to a hospital.

There were no reported injuries to anyone inside the home or on the ground, police said. Residents were forced to leave the affected homes, however, while officials removed the wreckage.

The cause of the crash wasn’t immediately known.

But police said they were investigating it “a case of culpable homicide,” without providing more information.