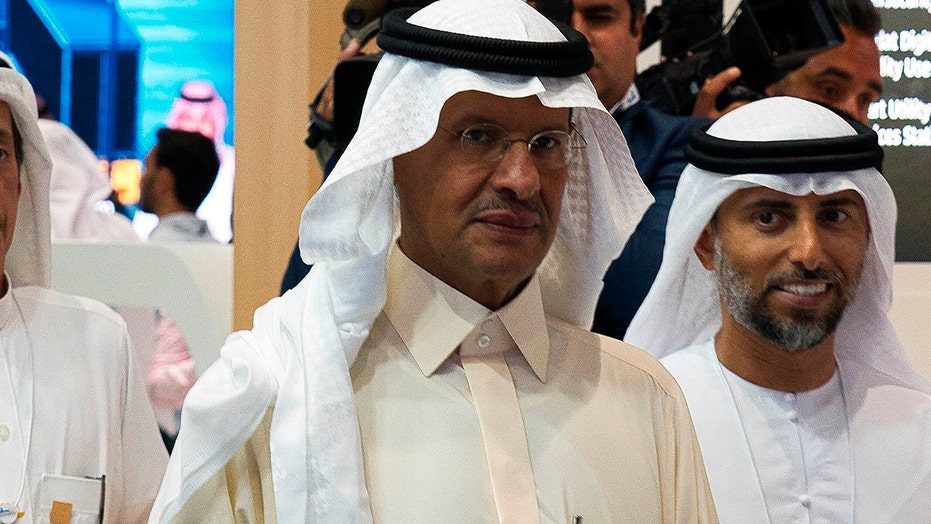 Prince Abdulaziz bin Salman told an energy conference in Abu Dhabi that the kingdom wants to pursue the full cycle of the nuclear program, both producing and enriching uranium for fuel, Reuters reported.

“We are proceeding with it cautiously ... we are experimenting with two nuclear reactors,” bin Salman said during the conference in the United Arab Emirates. After assuming the role just days ago, bin Salman is now the first Saudi prince from the ruling Al Saud family to head the energy ministry.

Prince Abdulaziz bin Salman, center, enters the job with a lifetime of experience in Saudi Arabia's energy sector and is seen as a safe and steady choice to lead the ministry, where he will oversee production of one of the world's largest oil exporters. (AP Photo/Jon Gambrell)

Firms from other nations, including the U.S., Russia and China, are reportedly involved in preliminary talks about the multi-billion dollar project. The proposal, which includes the building of two nuclear power reactors, is expected in 2020.

U.S. companies could only compete for the project if Riyadh signs an agreement with Washington assuring it will use nuclear technology for peaceful purposes, according to Reuters. Saudi officials, however, have said they wouldn’t agree to a deal that denies them the possibility of enriching uranium or reprocessing spent fuel, which could lead to a nuclear bomb.

Prince Abdulaziz is King Salman's fourth son and an older half-brother to Crown Prince Mohammed bin Salman, who has been pushing to diversify the Saudi economy away from its dependence on oil revenue.

The 34-year-old crown prince has struggled to attract foreign investors, however, which analysts say is key to diversifying the economy and creating millions of jobs for young Saudis entering the workforce.