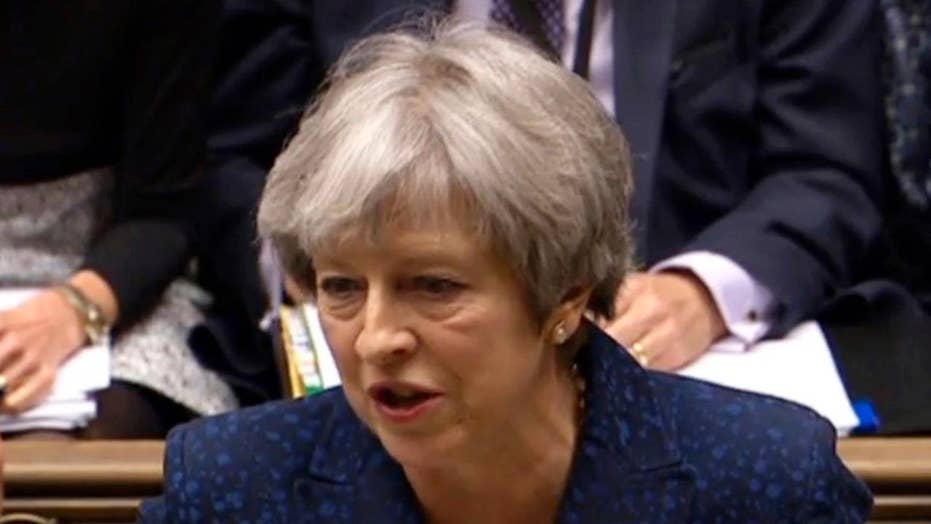 May: Highly likely Russia behind poisoning of ex-Russian spy

Prime Minister Theresa May says if Moscow is proven to be behind the attack on Sergei Skripal and his daughter, the British government will consider it an 'unlawful use of force.'

The Russian embassy to the Netherlands on Thursday wrote on social media that Britain is dumb to think the country would stage a nerve agent attack during the World Cup.

“How dumb (do) they think (Russia) is to use ‘again’ so-called ‘Novichok’ in the middle of the FIFA World Cup...The show must go on?”  the Netherlands wrote on Twitter, Reuters reported.

British officials investigating a second case of poisoning with the nerve agent Novichok in southwestern England said they suspect the victims were not directly targeted but sickened as a consequence of the previous attack.

Police announced late Wednesday that specialists have determined that a couple in their 40s were poisoned by the same lethal toxin — developed by the Soviet Union — that almost killed Sergei Skripal and his daughter Yulia in March. The new victims are both critically ill in the same hospital that treated the Skripals.

"The working assumption would be that these are victims of either the consequence of the previous attack, or something else, but not that they were directly targeted," security minister Ben Wallace told the BBC.

"I think what we said at the time was that this was a brazen and reckless attack in the heart of a very peaceful part of the United Kingdom, and that is part of the anger I feel about the Russian state ... that they chose to use clearly a very, very toxic, highly dangerous weapon."

The unexplained poisoning of two British citizens with no immediately apparent link to Russia has raised public health concerns in the Salisbury area, where a massive decontamination effort took place after the Skripals were found to have been poisoned with Novichok.

Prime Minister Theresa May has blamed the Russian state for the attack on the Skripals — an assertion the Kremlin denies. Wallace said the Russian government could "put this wrong right" by providing details about the Skripal poisoning. He called on Moscow to provide information and "tell us what happened. What they did."

"I'm waiting for the phone call from the Russian state," he said. "The offer is there. They are the ones who could fill in all the clues to keep people safe."