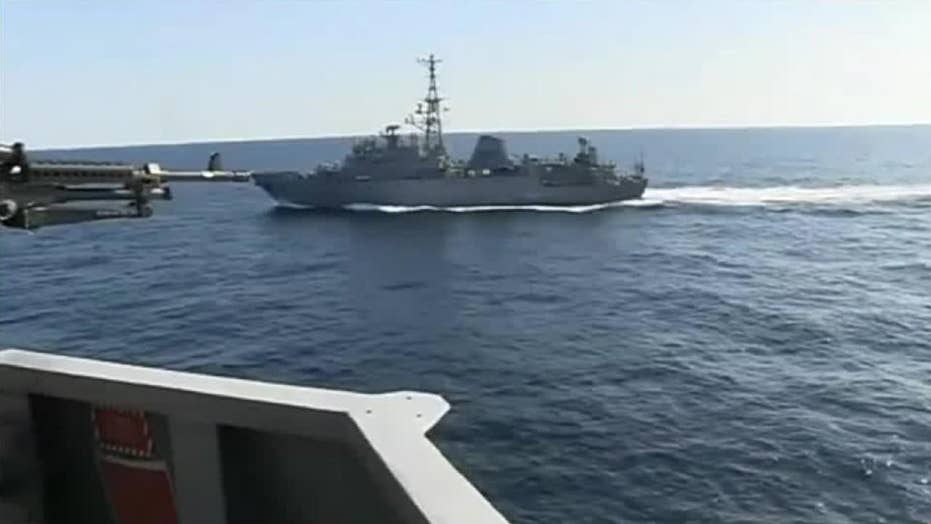 A Russian Navy spy ship made two ‘dangerous’ passes with a US warship. According to the U.S. Navy, the Russian ship was ‘aggressively’ approaching a U.S. guided-missile destroyer in the North Arabian Sea.

A Russian Navy spy ship nearly collided with a U.S. guided-missile destroyer Thursday after it “aggressively approached” the vessel in the North Arabian Sea despite multiple warning signals, the Navy said Friday.

The U.S. Naval Forces Central Command issued a statement late Friday morning confirming the incident in which the Russian ship came dangerously close to the USS Farragut as it was conducting “routine operations in the North Arabian Sea.”

In a video accompanying the statement, the Farragut can be heard sounding off five horns, which is the “international maritime signal for danger of collision,” before requesting that the ship alter its course.

“The Russian ship initially refused but ultimately altered course and the two ships opened distance from one another,” the statement read.

U.S. defense officials told Fox News the Russian spy ship made two “dangerous” passes, coming as close as 60 yards to the American destroyer. The entire encounter lasted 10-15 minutes, according to a Navy official.

“While the Russian ship took action, the initial delay in complying with international rules while it was making an aggressive approach increased the risk of collision,” the Navy’s statement continued.

Just last month, the U.S. Coast Guard in Charleston issued a warning after spotting a Russian spy ship, the Victo Leonov, off the coast of South Carolina and Georgia which had since moved toward the Bahamas.

It is the same vessel that made a trip across the Atlantic for the past two years, although it was not immediately clear if it was the one spotted in the North Arabian Sea on Thursday.