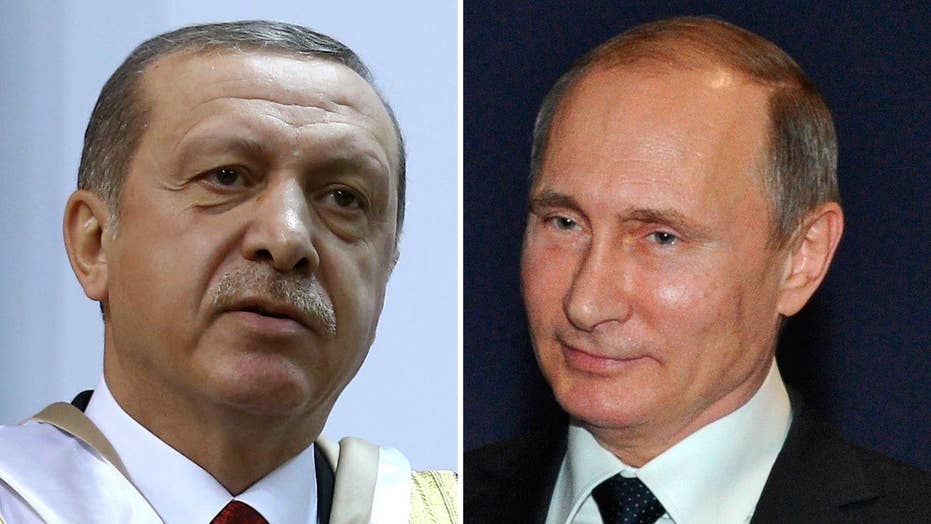 Russia's United Nations ambassador said he told the U.N. Security Council on Tuesday that Turkey was acting "recklessly and inexplicably" by sending troops across the border into Iraq without the consent of the government.

Vitaly Churkin told reporters after raising the issue at a closed council meeting that the Turkish action was also a reflection of the "lack of legality" in the aerial attacks in Syria by the international coalition without its consent.

He expressed disappointment that the council did not agree on Russia's proposal to issue a statement reaffirming the need to respect international law and sovereignty and calling for unity against Islamic State extremists.

Russian-Turkish tensions have escalated following Turkey's downing of a Russian warplane near its border with Syria last month.

Moscow denies the aircraft entered Turkish airspace and says its warplanes have been targeting extremist groups near the border. Ankara says the Russian airstrikes have been aimed at moderate militant groups made up of ethnic Turks who oppose the Syrian government.

Russia has retaliated by deploying long-range air defense missile systems to its base in Syria and imposing economic sanctions on Turkey. President Vladimir Putin has accused Turkey of "allowing terrorists to earn money by selling oil stolen from Syria."

The deployment of heavily armed Turkish troops in northern Iraq close to Mosul, which is occupied by Islamic State extremists, touched off the latest controversy.

Iraq's U.N. Ambassador Mohamed Alhakim told reporters that Baghdad and Ankara are working to solve the dispute bilaterally and "I think it's going very well."

Turkey's U.N. Ambassador Halit Cevik his country is "very respectful of the territorial integrity, sovereignty of our neighbor."

He said Turkey is talking "to our friends" and trying to settle the issue, so "let's give time to this process which is the first, best and utmost way to solve this."

Iraq's Alhakim said Turkish troops crossed the border illegally and "we have made it very clear that what came through the border has to go back."

Turkey's Cevik said his government considers the Islamic State group one of its greatest threats. He noted that Turkish trainers have been in Iraq for almost a year and when Ankara became aware "of some kind of sensitivity on the Iraqi side" after the recent employment it contracted Iraq to sort it out.

"Our belief is that just as we operate in close coordination with and with the consent of the Iraqi government, that all countries should do that," she said.