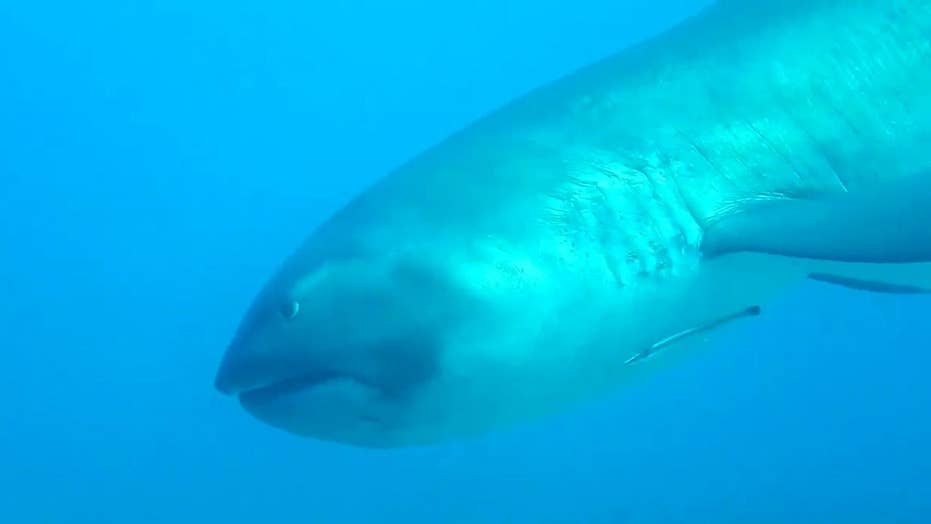 A British diver caught a rare sight on Tuesday when she spotted a megamouth "alien" shark near an Indonesian island.

Diver Penny Bielich was exploring the Gili Lawa Laut diving site on Komodo Island when she caught a glimpse of the shark. She pulled out her camera and recorded the encounter until the fish disappeared into the depths of the ocean.

The megamouth shark was fist discovered in Oahu in 1976. Similar to a whale shark, it has a giant mouth, but tiny teeth and eats small animals, according to National Geographic.

Less than 100 megamouth sharks have been found since the first was discovered 41 years ago. It's so rare that the International Union for Conservation of Nature lists the species as "data deficient."

The Discovery Channel's "Sharkopedia" described the fish as an "alien shark" because it was so majestic and mysterious.