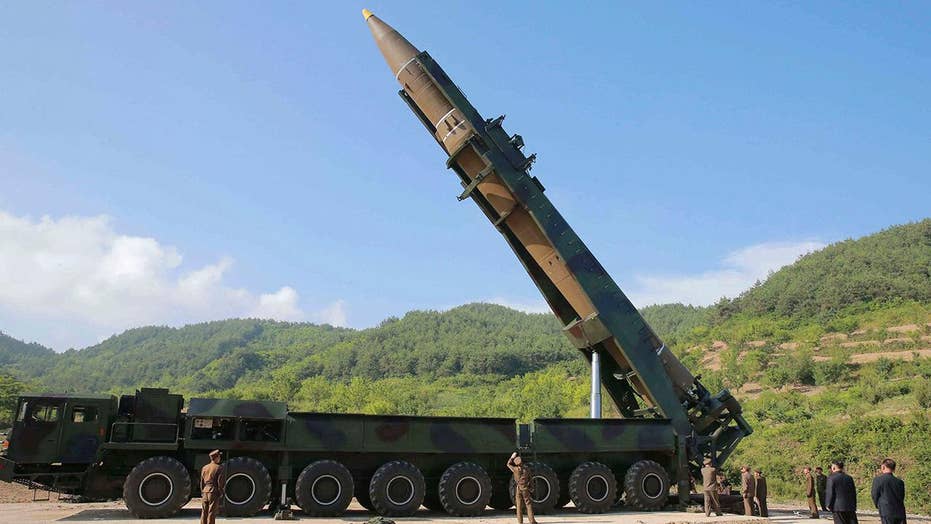 North Korea said Thursday that South Korea must stop trying to facilitate talks between Pyongyang and Washington as the North stepped up its pressure on the United States to salvage nuclear diplomacy between the two nations.

The North's statement came two days before President Trump’s planned two-day visit to South Korea following the G20 summit in Osaka. However, there are no signs North Korea will formally abandon talks with the U.S. while they continue to discuss “friendly relations” between Trump and Kim Jong Un.

President Xi holds talks with Kim Jong Un on sanctions and denuclearization ahead of the G20 summit; Greg Palkot reports.

The two leaders have not met since February when they held a second summit meeting in Vietnam, the two leaders have not gathered again. Kim returned home from Hanoi empty-handed after Trump refused to provide him with badly needed sanctions relief in return for a limited denuclearization step. The failed summit was a blow to South Korea President Moon Jae-in, who acted as the liaison between the two countries in the hope of finding a diplomatic settlement on the North’s nuclear crisis.

AUSTRALIAN STUDENT MAY HAVE BEEN DETAINED IN NORTH KOREA

However, talks of resurrected diplomacy picked after Trump and Kim recently exchanged personal letters and Moon said earlier this week that U.S. and North Korean officials were holding “behind-the-scene talks” to coordinate a third summit between the two leaders.

Kwon Jong Gun, chief of the North Korean Foreign Ministry’s U.S. affairs department, said on Thursday the North will “never go through” South Korea again when it engages with the United States.

“It’s better for the South Korean authorities to mind their own business at home,” he said.

Kwon’s statement came after Chinese President Xi Jinping visited North Korea, becoming the first Chinese president to visit the isolated nation in 14 years. Experts said Xi’s meeting with Kim represented a bid by China to play a greater role as a mediator in the nuclear issue in order to boost Beijing's leverage over Washington in an ongoing trade dispute.

Echoing Kim’s previous statement, Kwon demanded the United States come up with acceptable nuclear proposals by the end of this year.

“[North Korea]-U.S. talks won’t be held by themselves if the U.S. is repeating the resumption of dialogue like a parrot without thinking about realistic proposals that are in the interests of both sides,” he said.

North Korean officials said Wednesday it won’t submit to U.S.-led sanctions and accused Washington of trying to “bring us to our knees.” U.S. officials have said the sanctions will stay in place unless the Kim regime takes significant steps toward nuclear disarmament.