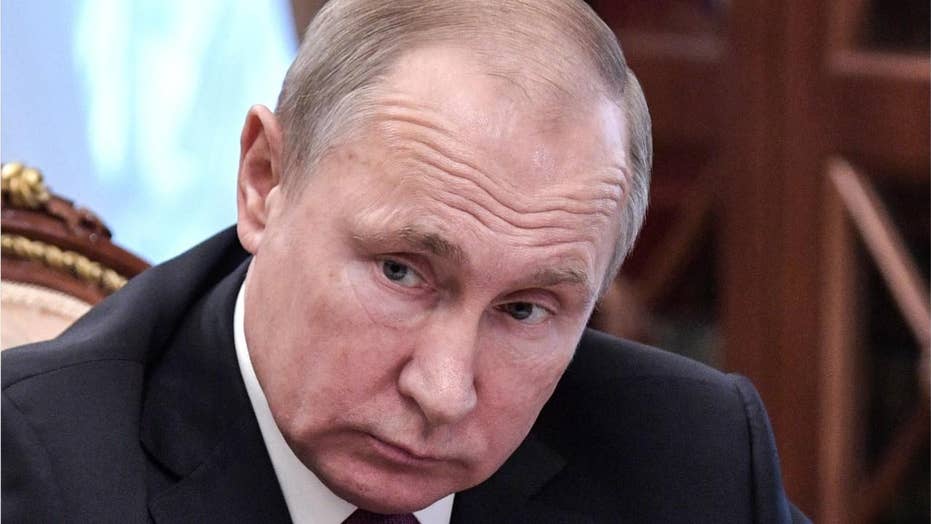 Putin says Russia would be ‘OK’ with confrontation with the US

Russian President Vladmir Putin says he would be ‘OK’ with another Cuban Missile Crisis-level confrontation with the United States.

Vladimir Putin has warned that he's ready for another Cuban Missile Crisis if America should invite it, as tensions between the U.S. and Russia continue to escalate.

“They (the tensions) are not a reason to ratchet up confrontation to the levels of the Cuban Missile Crisis in the 1960s. In any case that’s not what we want,” Putin reportedly told Russian media late on Wednesday. “If someone wants that, well OK they are welcome. I have set out today what that would mean. Let them count (the missile flight times).”

The statement serves to support the claims Putin made during his state of the union address earlier on Wednesday that Russia would aim hypersonic missiles at the United States if we were to deploy intermediate-range missiles in Europe.

Of his own admission, tensions have not yet reached the chaos of the Cuban Missile Crisis, but Putin doesn't appear to be shying away from the potential of a new international clash.

The Cuban Missile Crisis was a nerve-wracking 13-day standoff between the United States and the Soviet Union in 1962 when nuclear Soviet missiles were installed in Cuba, just 90 miles away from U.S. soil. At the time, Fidel Castro had aligned himself with Soviet powers and relied heavily on their aid for economic and military support. The crisis ended when Russia agreed to remove the missiles in exchange for the United States' promise not to invade Cuba, and President John F. Kennedy secretly conspired to remove U.S. missiles in Turkey.

The Cuban Missile Crisis was a nerve-wracking 13-day standoff between the United States and the Soviet Union in 1962 when nuclear Soviet missiles were installed in Cuba, just 90 miles away from U.S. soil (REUTERS/Cecil Stoughton/The White House/John F. Kennedy Presidential Library)

President Putin claims that Russia's new Zircon missiles fly at nine times the speed of sound and have a range of 620 miles.

“(We’re talking about) naval delivery vehicles: submarines or surface ships. And we can put them, given the speed and range (of our missiles)... in neutral waters. Plus they are not stationary, they move and they will have to find them,” he said.

“It (the calculation) would not be in their favor, at least as things stand today. That’s for sure,” he continued.

Fox News' Bradford Betz and Reuters contributed to this report.