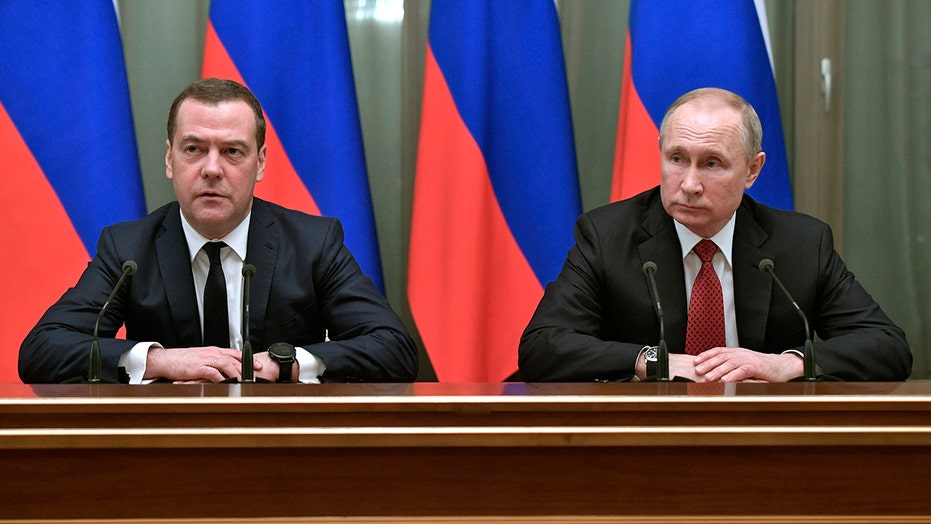 Russian President Vladimir Putin engineered a surprise shakeup of Russia's leadership Wednesday, proposing changes to the constitution that could keep him in power well past the end of his term in 2024.

Prime Minister Dmitry Medvedev resigned his post after Putin announced the proposed constitutional amendments. Putin kept his longtime ally in the Kremlin's leadership structure, appointing him to the newly created post of deputy head of the presidential Security Council.

The shakeup sent shock waves through Russia's political elites who were left pondering what Putin's intentions were and speculating about future Cabinet appointments.

Putin's proposed constitutional reforms, announced in a state of the nation address, indicated he was working to carve out a new governing position for himself after his term ends, although the suggested changes don't immediately indicate what specific path he will take to stay in charge.

The 67-year-old former KGB operative, who has led Russia for more than 20 years, often keeps his intentions secret until the very last moment.

Alexei Navalny, the most prominent Russian opposition leader, tweeted that Putin's speech clearly signaled his desire to continue calling the shots even after his term ends.

"The only goal of Putin and his regime is to stay in charge for life, having the entire country as his personal asset and seizing its riches for himself and his friends," Navalny said.

The Kremlin later announced that Tax Service chief Mikhail Mishustin was nominated to replace Medvedev, who has been prime minister for nearly eight years. Approval by the Duma is virtually certain.

After Putin's first two terms ended in 2008, Medvedev served as a placeholder president for just one term, from 2008 to 2012 and appointed his mentor as prime minister, although Putin continued to wield power. Under Medvedev, the constitution was amended to lengthen the president's term from four years to six, although it limits the leader to two consecutive terms.

In televised comments Wednesday, Medvedev said he needed to resign in light of Putin's proposed changes in government.

Putin suggested amending the constitution again to allow lawmakers to name prime ministers and Cabinet members. The president currently holds the authority to make those appointments.

"It will increase the role of parliament and parliamentary parties, powers and independence of the prime minister and all Cabinet members," Putin told an audience of top officials and lawmakers. 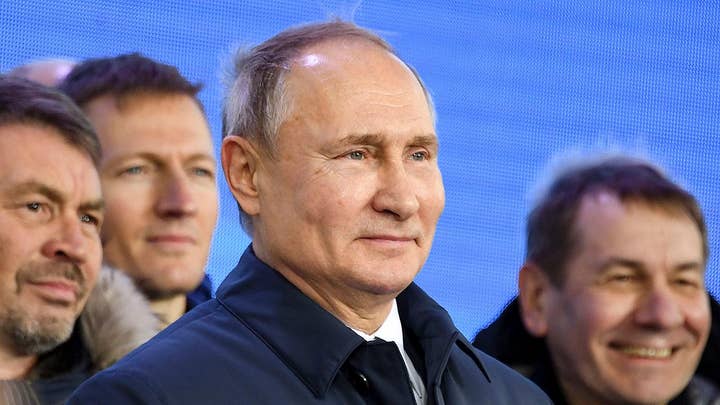 At the same time, Putin argued that Russia would not remain stable if it were governed under a parliamentary system. The president should retain the right to dismiss the prime minister and Cabinet ministers, to name top defense and security officials, and to be in charge of the Russian military and law enforcement agencies, he said.

Putin emphasized that constitutional changes must be put to a nationwide vote.

Putin has been in power longer than any other Russian or Soviet leader since Josef Stalin, who led from 1924 until his death in 1953. Under the current law, Putin must step down in 2024 after his term ends.

Observers speculated that Putin may stay in charge by shifting into the prime minister's seat after increasing the powers of parliament and the Cabinet and trimming presidential authority.

Political analyst Dmitry Oreshkin said Putin's speech made it clear he was pondering the move to premiership.

"Putin is advancing the idea of keeping his authority as a more powerful and influential prime minister while the presidency will become more decorative," Oreshkin said.

In his address, Putin said the constitution must also specify the authority of the State Council consisting of regional governors and top federal officials.

Tatiana Stanovaya of the Carnegie Moscow Center said it appears as if Putin might try to continue pulling the strings as head of the council and could even shift into a new position before his term ends.

"It looks very much like Putin is preparing to leave the presidency, whether that will take place in 2024 or even earlier, and is currently trying to create a safety mechanism for his successor in case of conflict," she wrote on Facebook. "Putin looks like he is counting on becoming the head of the State Council, which will get increased powers and become a key decision-making platform with input from the Presidential Administration, the government and the governors." 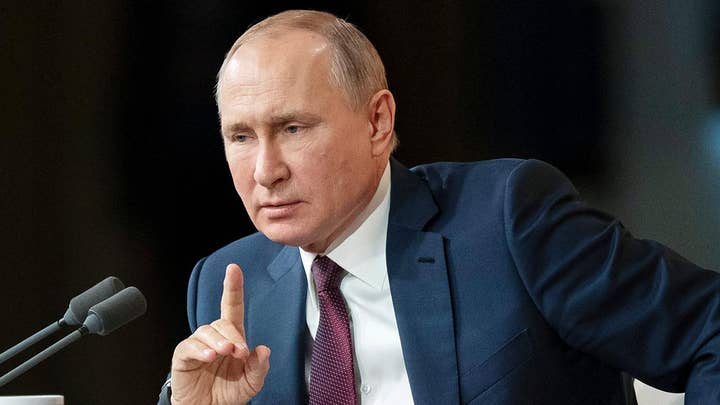 Other possible options include a merger with neighboring Belarus that would create a new position of the head of a new unified state -- a prospect that has been rejected by Belarusian President Alexander Lukashenko.

Political analyst Kirill Rogov said that Putin intends to stay in charge while re-distributing powers between various branches of government.

"Such a model resembling the Chinese one would allow Putin to stay at the helm indefinitely while encouraging rivalry between potential successors," Rogov observed.

In 2017, Chinese leader Xi Jinping had term limits abolished, which would effectively keep him in power for life, although Putin appears to favor more intricate ways of staying in charge than abolishing term limits.

Although Putin continued calling the shots during Medvedev's presidency, he wasn't totally happy with all his actions. He was particularly critical of Medvedev's decision to give the green light to the Western air campaign in Libya in 2011 that led to the ouster and killing of long-time dictator Muammar Qaddafi.

Medvedev's decision to step down and let Putin return to the presidency also sparked massive protests in Moscow in 2011-2012 in a major challenge to the Kremlin. Some of Putin's associates suspected Medvedev's aides of encouraging the protests.

In his speech, Putin emphasized the need to amend the constitution to give it a clear priority over international law.

"The requirements of international law and treaties and decisions of international organs can only be valid on the territory of Russia as long as they don't restrict human rights and freedoms and don't contradict the constitution," he said. 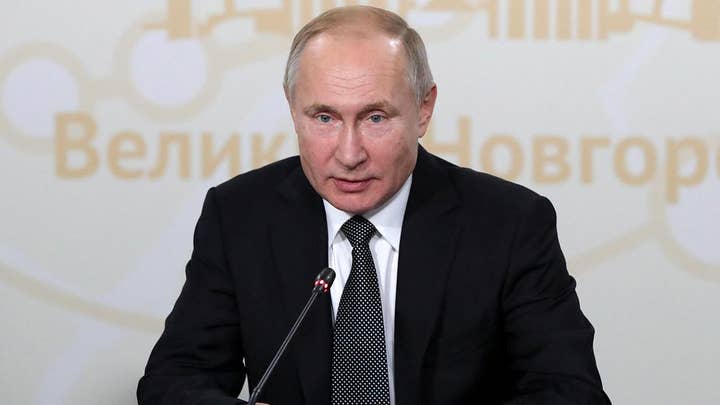 He also said that the constitution must be tweaked to say that top government officials aren't allowed to have foreign citizenship or residence permits.

Putin also vowed to encourage population growth by offering additional subsidies to families that have children.

He said that Russia would remain open for cooperation with all countries while maintaining a strong defense capability to fend off potential threats.

"For the first time in history, we aren't trying to catch up with anyone," Putin said. "On the contrary, other leading nations are yet to develop the weapons that Russia already has."