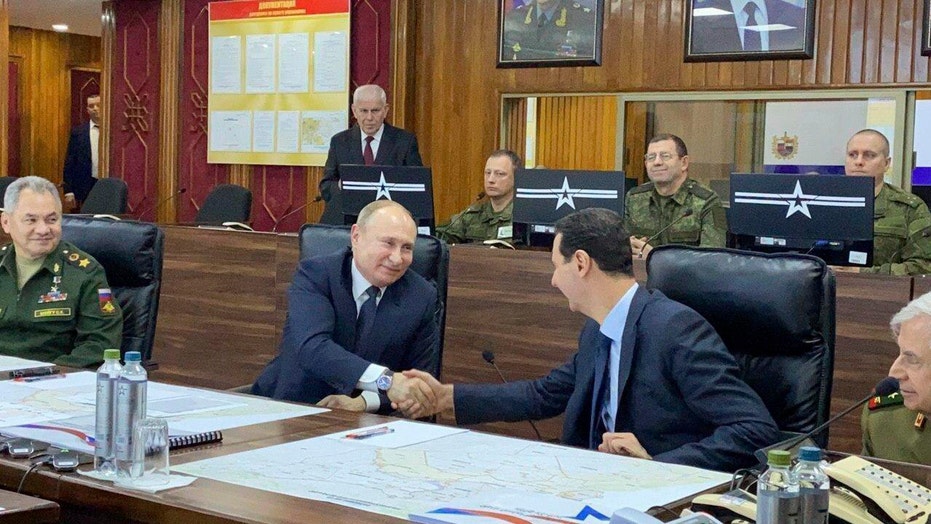 The video, originally posted by a journalist for the Komsomolskaya Pravda, comes just over a month after multiple NATO nation leaders, including Canadian Prime Minister Justin Trudeau and French President Emmanuel Macron, were recorded seemingly mocking the American president at a NATO summit. In the latest clip, Assad and Putin joked that Trump should follow in the footsteps of Paul the Apostle and visit the Syrian capital of Damascus.

"If Trump arrives along this road [to Damascus], everything will become normal with him too," Assad said, according to a translation of the conversation posted by Axios.

Putin then joked about inviting Trump. After Assad responded that he was ready for a visit with such a changed version of Trump, Putin said, "I will tell him," as both men laughed.

Paul, who is also called Saul, was a biblical figure who persecuted Christians. In the Book of Acts, he was struck blind by Jesus as he was on his way to Damascus to bring any Christians he found "bound" back to Jerusalem. Once he made it to Damascus, he was baptized and regained his sight before going on to preach Jesus' message.

The incident at the NATO summit did not concern any such religious references — rather, Trump's tardiness.

During a Buckingham Palace reception for the December NATO summit, Trudeau joked that Trump was "late because he takes a 40-minute press conference off the top," to a laughing U.K. Prime Minister Boris Johnson and Macron. Trump had held an impromptu 40-minute press conference earlier in the day in which he tangled with Macron over whether France would accept some "nice ISIS fighters" who came from Europe and were captured in Syria.

"You just watched his team's jaws drop to the floor," Trudeau later added.

Trump later called Trudeau "two-faced" and canceled a news conference he had planned in London.