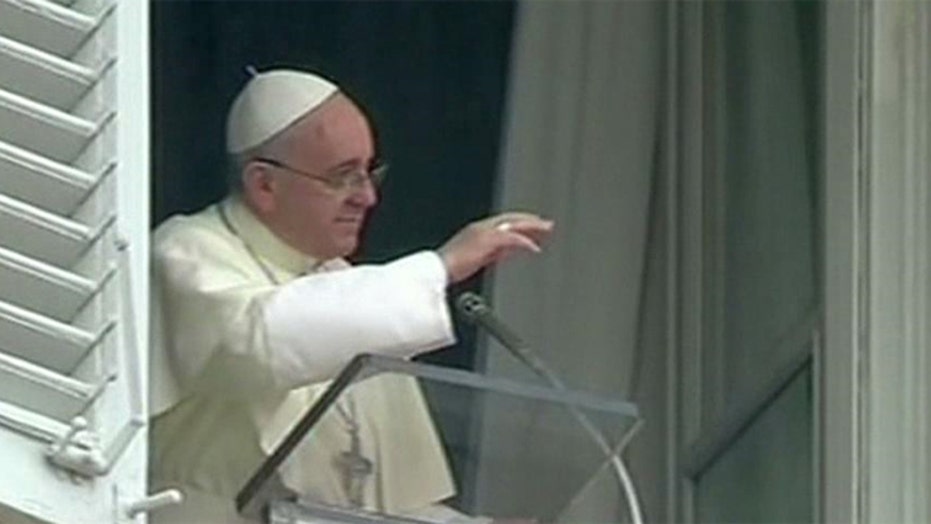 VATICAN CITY (AFP) – Pope Francis on Thursday urged "mercy" for homosexuals, divorced people and women who have abortions, saying the Catholic Church had to show understanding for the real conditions of people's lives.

"We must find a new balance, otherwise the Church's whole moral edifice risks collapsing like a house of cards," he said in his first interview since taking over as the head of the Catholic Church.

The Argentine pope said the Church needed more than anything to be able to "heal wounds", as he called for greater sympathy and understanding over practices the Church opposes.

He stressed that the Church's official position had not changed, but said that it should "always keep in mind the individual".

"What the Church needs more than anything today is the capacity to heal wounds and to warm the hearts of the faithful," he told the Jesuit paper Civilta Cattolica.

He compared the Church to a field hospital after a battle, saying it was "pointless to ask a seriously wounded victim whether they have high cholesterol, or elevated blood-sugar levels.

"We must heal the wounds. Then we will be able to tackle the rest," he said.

The first ever Jesuit pope has shown a strong reformist drive in his first few months in office.

On Monday, he called for "another way" of treating divorcees who remarry -- a thorny issue since Catholics who wed a second time are currently not allowed to receive Holy Communion at mass.

And in July he declared that it was not his place to judge homosexuals and said they should not be marginalised.

In Thursday's interview, he also said the Church should be more merciful and welcoming towards women who had undergone abortions.

"I think of a woman who, having suffered the breakdown of a marriage during which she had an abortion, goes on to remarry and now lives happily with her five children. The abortion weighs on her, and she is sincerely repentent," he said.

The confessional "is not a torture chamber," added the pope, saying priests should be neither too rigid nor too lax in their approach to the sacrament.

The pope returned to several controversial themes in the wide-ranging interview, which was conducted in August and released simultaneously on Thursday by around 15 different Jesuit publications.

In a reference to accusations that he failed to speak out during Argentina's brutal 1976-83 "Dirty War" when he was head of the country's Jesuits, he said he has "never been of the right", but that his "authoritarian way of taking decisions created problems".

"There were hard questions to address," he said, adding he suffered a "period of deep personal crisis."