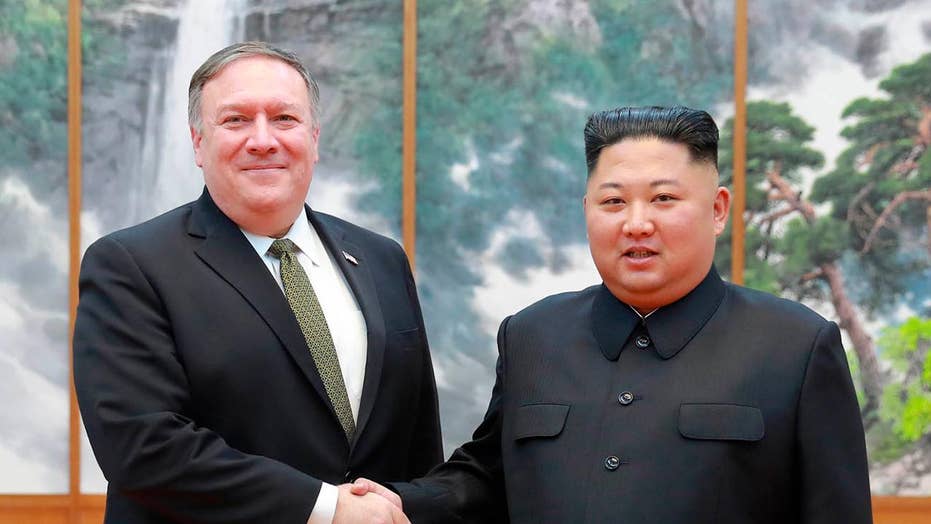 The last-minute termination of a high-level meeting between Secretary of State Mike Pompeo and his North Korean counterpart could signal a significant roadblock in the delicate denuclearization talks with Pyongyang, which has ramped up rhetoric in recent weeks by threatening to expand the Hermit Kingdom's nuke arsenal due to "arrogant" U.S. actions.

The meeting between Pompeo and Kim Yong Chol, a North Korean senior ruling party official and former intelligence chief, was set to take place in New York on Thursday. But early Wednesday morning that plan was scrapped, and any summit "will now take place at a later date," State Department spokesperson Heather Nauert said in a statement.

“We will reconvene when our respective schedules permit," Nauert said of the indefinite postponement. "Ongoing conversations continue to take place. The United States remains focused on fulfilling the commitments agreed to by President Trump and Chairman Kim at the Singapore Summit in June."

But the sudden delay comes with the U.S. and North Korea at a sort of deadlock in the nuclear talks. The U.S. is determined not to pull back the crippling sanctions it wields against the Hermit Kingdom until Kim Jong Un rids his country of nuclear weapons. But Pyongyang, which has publicly taken some small steps showing an intent to denuclearize, is increasingly frustrated by a perceived lack of reciprocity by Washington, believing some sanctions should be removed.

“If the U.S. keeps behaving arrogant without showing any change in its stand, while failing to properly understand our repeated demand, the DPRK may add one thing to the state line for directly all efforts to the economic construction…building up nuclear forces may appear again,” according to a Friday statement released by the state-run Korean Central News Agency.

The regime also accused the U.S. of using “nuclear blackmail” to coerce the regime to give up its weapons — a tactic Pyongyang vows will not succeed.

South Korean presidential spokesman Kim Eui-kyeom said Wednesday his government doesn't believe the U.S.-North Korea negotiations have completely broken down or "lost their momentum" because of the postponement. But Seoul's Foreign Ministry also expressed hope the U.S. and North Korea could quickly reschedule the powwow.

Pompeo traveled to North Korea in early October to meet with Kim Jong Un, who said his regime is ready to allow international inspectors into its nuclear and missile sites.

"We continue to make progress on agreements made at Singapore Summit," Pompeo tweeted.