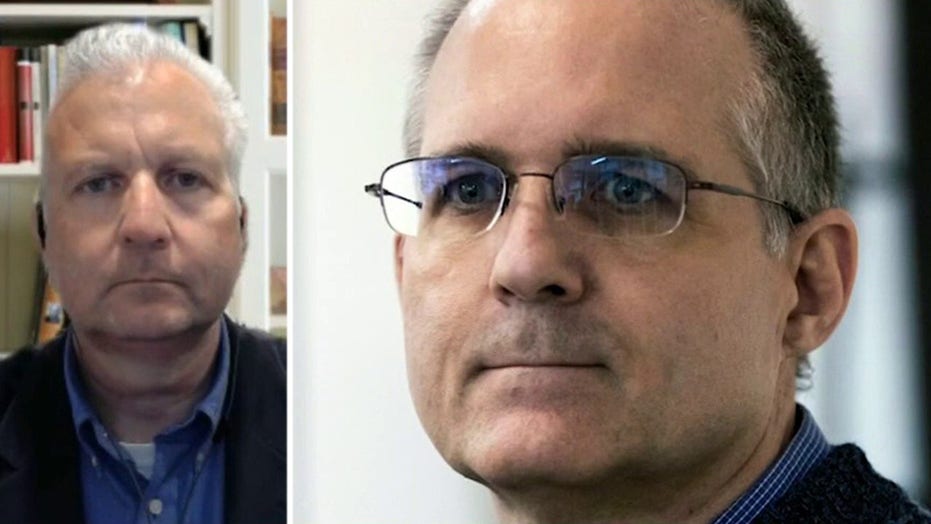 The brother of former U.S. Marine Paul Whelan – who was sentenced to 16 years of hard labor in Russia on charges of espionage – is urging the U.S. government to "find a way to have him freed," after what he says was a "set up" and a "sham trial."

"The United States government won't stand for its citizens being treated this way and as Ambassador (John) Sullivan said on the courthouse steps, subjected to a mockery of justice," David Whelan said on Fox News' "America's Newsroom" on Tuesday, just a day after his brother was banished to a maximum-security colony in Russia.

Paul Whelan was arrested in December 2018 when he says he was in Russia celebrating the wedding of a fellow Marine.

He has insisted that he was set up – that a person he considered a friend handed him a USB drive allegedly containing vacation photos and minutes later Russian authorities stormed his hotel room and arrested him. Russia says the drive contained a list of names of those working at a classified security agency.

Paul Whelan previously told AFP it's possible he's being held as a pawn in a potential prisoner swap between the U.S. and Russia. The Russian Foreign Ministry denied such claims.

U.S. officials, including Secretary of State Mike Pompeo, have demanded Paul Whelan be set free and David Whelan told Fox News he and his family will "keep moving forward and fight for his release."

The U.S. Embassy has denounced Whelan's trial as unfair, pointing that no evidence has been provided in support of his conviction.

"We look to the U.S. government to find a way to have him freed and that will involve discussions with the Russian federation and it may involve conciliatory exchanges or it may involve punitive measures like sanctions," David Whelan said.

"Our family is fine with whatever the U.S. government decides to do so long as Paul is released."