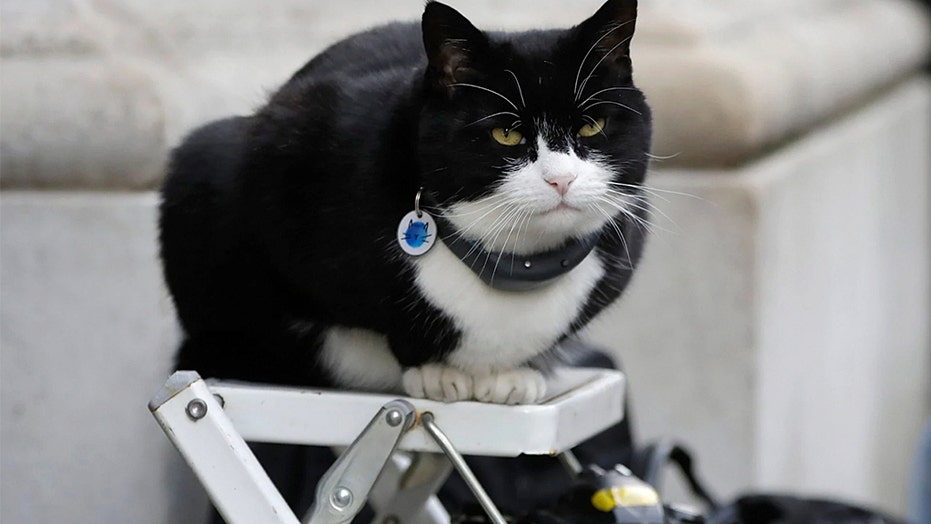 This is one government fat cat the public is happy to see back at work.

Palmerston, the beloved feline residing in the United Kingdom's Foreign Office, has returned after a six-month hiatus used to recover from stress after he was, apparently, overloved by government employees who fed him too many treats.

"I am happy to announce that I will be returning to my Chief Mouser duties at the @foreignoffice this week!" read a tweet from Palmerston's personal Twitter account Monday that also announced the introduction of the "Palmerston Protocols" that will be used to ensure the cat remains in good health.

Per the "Protocols," only the cat's caretaker will be allowed to feed him food or treats, and "everyone should respect my personal space and allow me to lead interactions."

Palmerston will be kept in "Palmerston HQ," or the "Palmerston Zone," a smaller area of the building that houses British diplomat Sir Simon McDonald's office, that will be designated for the cat to hang out, as the "FCO is a very big, old building and I was finding it difficult to maintain a territory so large."

Palmerston returned to the United Kingdom's Foreign Office on Monday after a six-month hiatus used to recover from weight gain and stress. (AP Photo/Kirsty Wigglesworth)

The purring public servant had been removed from the Foreign Office in July and taken in by McDonald's private secretary to recover from stress, The Telegraph reported. The "Chief Mouser" was overweight and suffered from significant anxiety, manifesting in Palmerston having "groomed all of the hair off his front legs."

McDonald, who is in charge of Palmerston, on Monday issued a memo to staff warning them to take better care of Palmerston -- or else he'd be retired from the Foreign Office for good.

"He is happy, healthy and full of energy," the letter read, per The Telegraph. "His pelt is glossy and mostly grown back (over-grooming is, I’m told, a similar habit to human’s nail-biting; the habit can take a while to kick). His diet is regulated and free of Dreamies. We need now to keep him that way!"

Palmerston reportedly has not yet commented about his return.