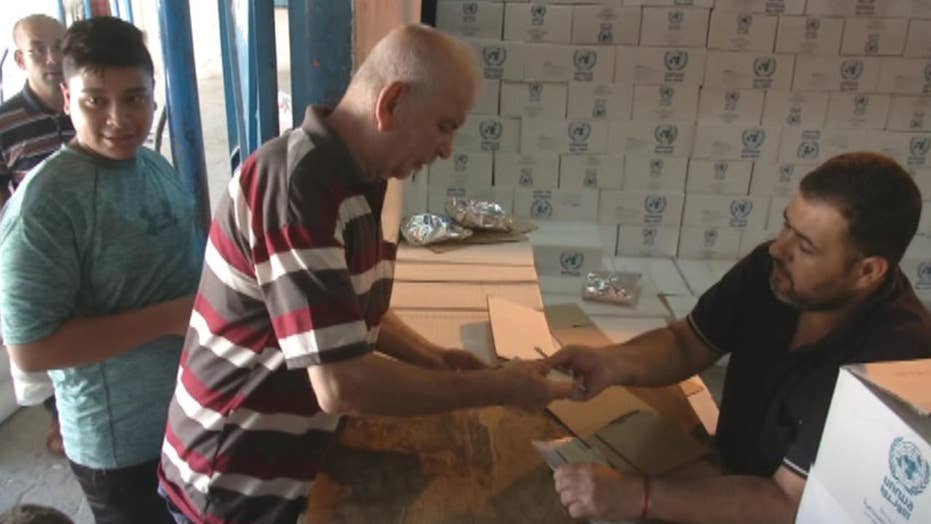 JERUSALEM, Israel – President Trump said Thursday on a conference call with American Jewish leaders that he is using cuts to refugee aid money as a bargaining chip in order to bring back Palestinians to American-led peace negotiations.

Last month, the Trump administration slashed $300 million in yearly funding to the UN relief group UNRWA. According to a State Department spokesperson, the cuts were due to a disproportionate share of the burden and an endlessly expanding recipient pool.

UN Ambassador Nikki Haley doubled down this week on the decision by the Trump administration during remarks at the United Nations.

“We have for two years asked UNRWA to reform itself because it has this ongoing number of refugees that is unsustainable,” Haley said.

Palestinian refugee Abdul Majid Abu Srour, 85, has been receiving aid from the United Nations since 1950. Srour grew up in what is now modern day Israel, but after Israel’s war of Independence in 1948, he fled his home and claimed refugee status along with 700,000 others.

Srour, who lives in the West Bank, is one of over 5 million people now across the Middle East who gets assistance from the UN relief agency, UNRWA.

“This is a big mistake from the American president because the Palestinians have a just case and the U.S. knows what Israel did to the Palestinian people,” Srour said.

Palestinians who receive aid from UNRWA are not only located in the West Bank. More than 2 million Palestinian refugees live in Jordan, with more than 1.4 million living currently on the Gaza Strip.

UNRWA provides food to more than 1,000,000 Gazans each quarter, according to Gaza’s UNRWA Director, Matthias Schmale.

“The Palestinians and Israelis with mediators need to agree with this and until they have agreed on a solution that is seen as just and fair, UNRWA needs to provide these services,” Schmale said.