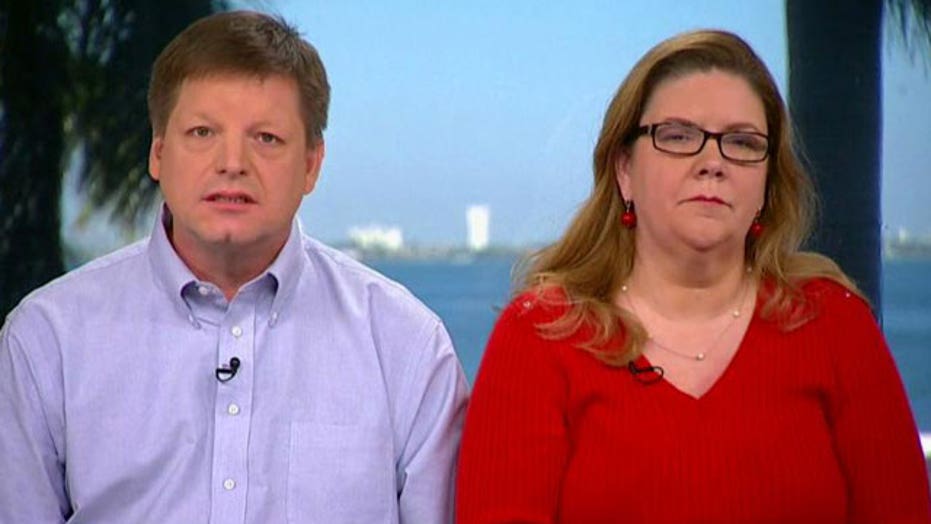 Parents of jailed vet in Mexico want more aggression from US

Fight to get ex-Marine home

The fellow Marine who was with Jon Hammar when Mexican customs officials arrested him for carrying an illegal shotgun said his friend made every effort to follow the law, but got bad information from officials on both sides of the border.

Ian McDonough, 27, told FoxNews.com that four U.S. Customs and Border Protection agents told Hammar before he crossed into Mexico that as long as the required permit, which he completed, was submitted and he declared the gun to Mexican authorities, there would be no problem in bringing the vintage shotgun across the border.

"Jon was told to fill out a form with his name and the specs of the rifle and show it to the customs agent on the Mexican side," said McDonough, who was traveling with Hammar in an RV to Costa Rica, where they planned to hunt and surf. "I don't know what they expected Jon to do after they gave him the registration form and sent him on his way."

Hammar, who was arrested Aug. 13, was charged with a federal level weapon felony and faces up to 15 years in a Mexican prison for what his travel companion said was a breakdown in communication at the U.S.-Mexico border. He has been held in the notorious CEDES prison ever since.

McDonough said Hammar was willing to leave the rifle at the Brownsville, Texas, border station and pick it up when he returned. If the CBP agents had adequately explained the potential consequences of being arrested in Mexico, Hammar would never have taken the shotgun across the border, McDonough said.

"If they looked at Jon and told him not to take it, he wouldn't have," McDonough said. "He tried to do everything legit."

Michael Friel, a spokesman for  U.S. Customs and Border Protection, said it would be unlikely an agent would have led Hammar to believe he could have brought the shotgun, which had once belonged to his grandfather, into Mexico.

"CBP does not provide advice regarding the laws of foreign governments," Friel said.

Friel also said that given the information available, it is unlikely an investigation will be undertaken into the U.S. agent's alleged action.

But  McDonough insisted that Hammar was so concerned about regulations that he even wanted to know what the tax would be for crossing with the numerous surfboards the avid surfer also carried.

Hammar’s attorney, Eddie Varon-Levy, said even if Hammar lacked necessary permits for the gun, he should have had the gun confiscated and received a fine, not a federal charge of aggravated felony of possessing a weapon used by the military.

"High-ranking Mexican military officials told me neither the rifle nor the ammunition is used by the military," said Varon-Levy.

In an exclusive interview with FoxNews.com, McDonough described the harrowing last day of freedom for his friend.

As they made their way into Mexico in a vintage Winnebago after stopping at U.S. Customs in Brownsville, Texas, Hammar and McDonough were met by a Mexican official who told them to proceed over the bridge and into Mexico where they would meet a customs agent.

McDonough said Hammar readily told the Mexican customs officials he had the shotgun to declare and showed them the form he was given on the U.S. side.

"They told us to go into a building to fill out some forms," McDonough said, thinking they were probably going to have to pay a small fine.

"I told Jon, ‘I think we are going to get arrested,’" McDonough said.

The two Americans were told to get in a truck with police, who took them on a 30-minute drive through Matamoros to the city jail.

"We still didn't think it was going to be a big deal because the police were joking with us, kind of like treating us as 'dopey' tourists," McDonough said.

While in the jail, McDonough said he struck up a conversation with Mexican inmates who said they were surprised to see the Americans in the jail for such a minor infraction that should have been settled with a fine. McDonough said the police station and jail he and Hammar were initially brought to was nothing like a U.S. lockup.

"It was just terrible, the toilet, sink, and water supply were in the same place," McDonough said. "There was no real evidence room so when we got inside there was cocaine and weed in the open."

Hammar and McDonough spent most of the day being ignored in the jail, were told they were going to have to spend the night because it was too late to see the judge, McDonough recalled.

It would be two days before the men were able to see a public defender who did not speak English.

"I was lucky enough that I spoke some Spanish," McDonough said. "They let me go because Jon took full responsibility."

McDonough said he paid a $20 fine and was required to have his two thumb prints taken.

While standing outside the jail, McDonough was horrified to see his friend in handcuffs being led to a truck that would take him to the notorious CEDES prison.

"He told me to get out of Mexico as fast as I can because with both of us in jail nothing good can happen," McDonough said.

McDonough said he and Hammar planned the surfing trip, which was to last a few months, to deal with the trauma of war. McDonough, who like Hammar is a combat veteran, is concerned about his friend and the absurdity of a weapons charge.

"We saw enough killing, we just wanted to get away," he said.

Hammar is scheduled to have a court date Jan. 17.